The United States has declined to comment on the status of Lebanon’s former prime minister who suddenly announced his resignation from the capital of Saudi Arabia last week and has yet to return to Beirut.

State Department spokeswoman Heather Nauert told a press briefing on Thursday that Chris Henzel, the US charge d’affaires in Riyadh, met Saad Hariri on Wednesday, but refused to comment on where the meeting took place or to elaborate on Hariri’s status.

When asked by reporters whether the US has a comment regarding the resignation of Hariri, Nauert said it was an “internal matter that we couldn’t comment on”.

Meanwhile, Russia’s ambassador to Lebanon, Alexander Zasypkin, threatened on Thursday to refer Hariri’s case to the UN Security Council if the “ambiguity” continues.

His resignation came on the same day that dozens of Saudi princes, senior ministers, businessmen were arrested in a purge carried out by a new anti-corruption committee led by Crown Prince Mohammed bin Salman.

France’s Foreign Minister Jean-Yves Le Drian told Europe-1 radio “to our knowledge” Hariri is not being held by Saudi authorities. Hariri is “free in his movements”, he said on Friday, adding “it is up to him to make his choices”. 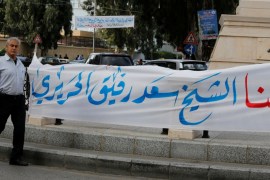 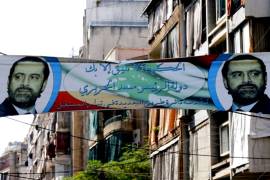