One man was killed and two others have been injured in a popular tourist area in Marrakech, in what Moroccan authorities said was a local matter of settling scores.

Two assailants wearing balaclavas shot the victim in the head at La Creme cafe in the Hivernage area on Thursday night, before fleeing the scene on a motorcycle, authorities said. The motorcycle was later found burned elsewhere in the city.

The head of Morocco’s counterterrorism unit, Abdelhak al-Khayam, told local media that the shooting, which took place near an area close to several hotels popular with tourists, was “not a terrorist act”.

In a statement on Facebook, Prime Minister Saadeddine Othmani wrote that the hunt for the attackers was ongoing.

Othmani had previously announced on Twitter the arrest of two people connected to the shooting, but later deleted that tweet.

Oh my god it's horrible what happend 😭😭😭 I never heard about shooting in marrakech but now it's happend !!! My… https://t.co/N0lZphFjMe

The Maghreb Arab Press said that the two injured people were transferred to the Marrakech University Hospital Centre for treatment.

The man who died was a 26-year-old medical student and son of a high-ranking official at the Beni Mellal Court of Appeal, according to local media.

Shooting incidents are very uncommon in Morocco, where few guns are in circulation. 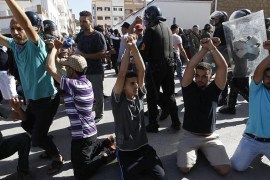 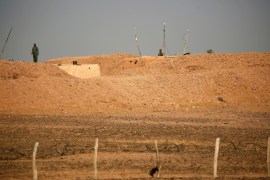