Qatar has expressed regret over Bahrain’s decision to impose an entry visa on Qatari nationals and residents amid a political deadlock between the Gulf countries.

Ali Khalfan Al Mansouri, the country’s representative to the United Nations in Geneva, said in a statement on Tuesday that these “unprecedented measures in the Gulf states constitute a flagrant violation of the agreements and resolutions of the Gulf Cooperation Council (GCC)”.

Bahrain’s move, which will be effective from November 10, “reveals its persistence in severing ties of kinship between the Gulf families in contravention of the provisions and principles of the Islamic religion,” Al Mansouri continued.

The GCC is a six-nation political and economic alliance that comprises Qatar, Kuwait, Bahrain, the United Arab Emirates (UAE), Saudi Arabia and Oman. It has been in existence since 1981.

Before the crisis, citizens of the GCC enjoyed a great deal of freedom of movement between the states, and close tribal ties led to thousands of intermarriages among GCC citizens.

The Bahraini decision, however, comes in the context of a Gulf crisis in which Bahrain, the UAE, Saudi Arabia and Egypt have cut diplomatic ties with Qatar and imposed a sea, land and air blockade since June 5.

In a statement made on its state news agency on Tuesday, Bahrain said the decision was made to “preserve the security and safety of the country … especially in light of the latest implications of the crisis with Qatar, including Doha’s decision to strengthen its ties with Iran, which has negative effects on the national and regional security”.

The countries blockading Qatar accuse Doha of supporting “terrorist” groups and having close ties to Iran, their principal rival in the region.

Demands made by the quartet include suspension of support for groups, such as the Muslim Brotherhood, cooling of ties with Iran, and the removal of Turkish troops from Qatar.

Qatar has vehemently denied the accusations and rejected the demands.

“They don’t like our independence, the way how we are thinking, our vision for the region. We want freedom of speech for the people of the region. And they’re not happy with that. And so they think that this is a threat to them,” the Qatari Emir, Sheikh Tamim bin Hamad Al Thani, recently said in an interview on the American TV network, CBS.

Over the last week, Bahrain stepped up its measures and threats against Qatar.

On Monday, it said that it would not attend the next GCC summit if Qatar attended and said that the latter’s membership of the bloc should be frozen until it submits to the demands made by the four countries. 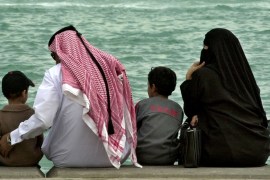