Liberians will go to the polls on Tuesday to elect a successor to President Ellen Johnson Sirleaf, who is stepping down after 12 years in office.

Sirleaf, the continent’s first female president, will be the first democratically elected leader in 73 years to hand power over to another elected leader.

Twenty candidates are running for the country’s top job. Liberians will also elect 73 legislators to the House of Representatives (lower chamber), also for six years. No poll will be held for the Senate (upper house) this year.

Official provisional results are expected within two days, but the electoral body has until October 25 to issue its final confirmation of the results and to announce a runoff if necessary for the presidency.

The House of Representatives uses a first-past-the-post system, where the representative with the highest number of votes is elected. 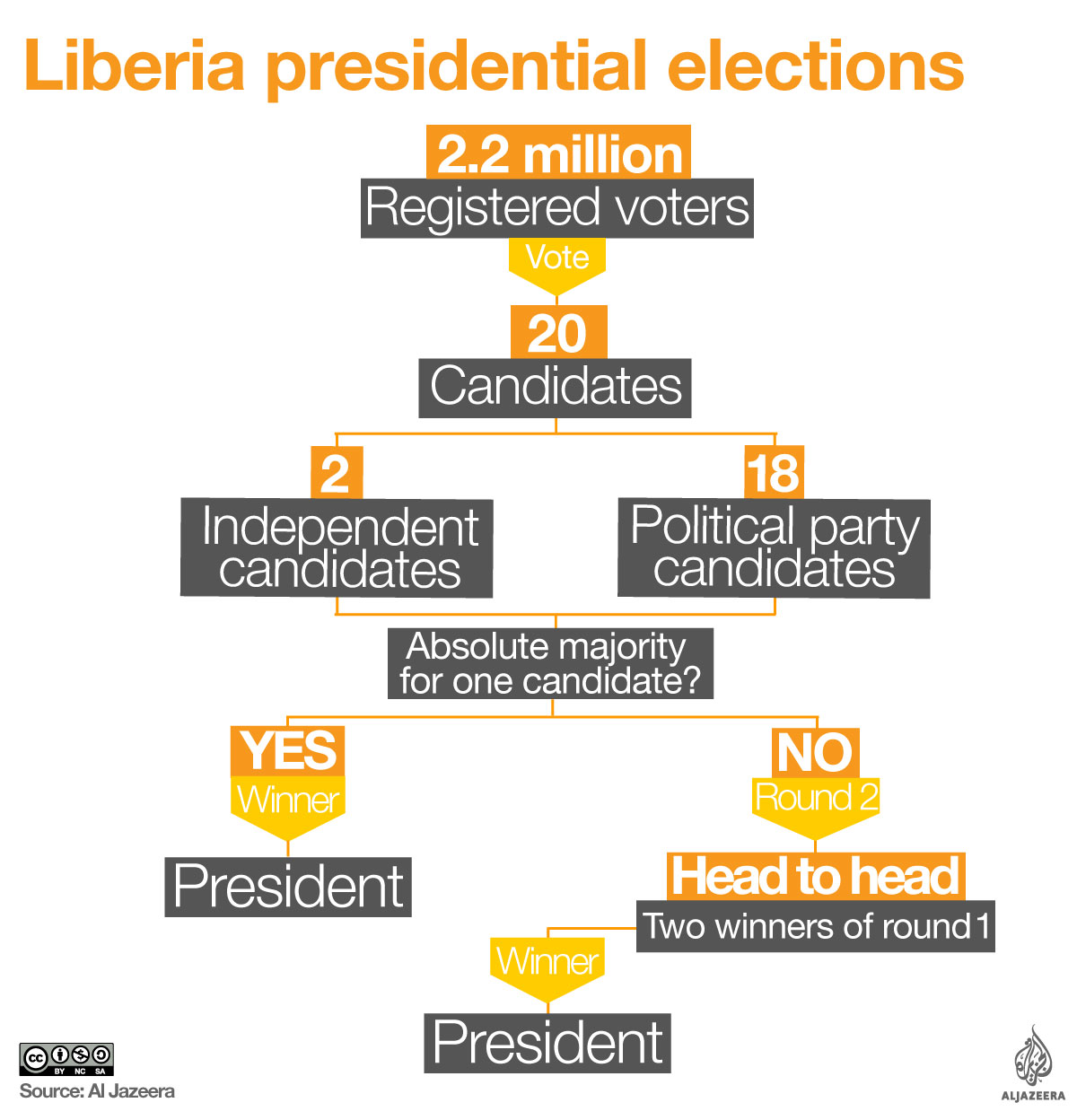 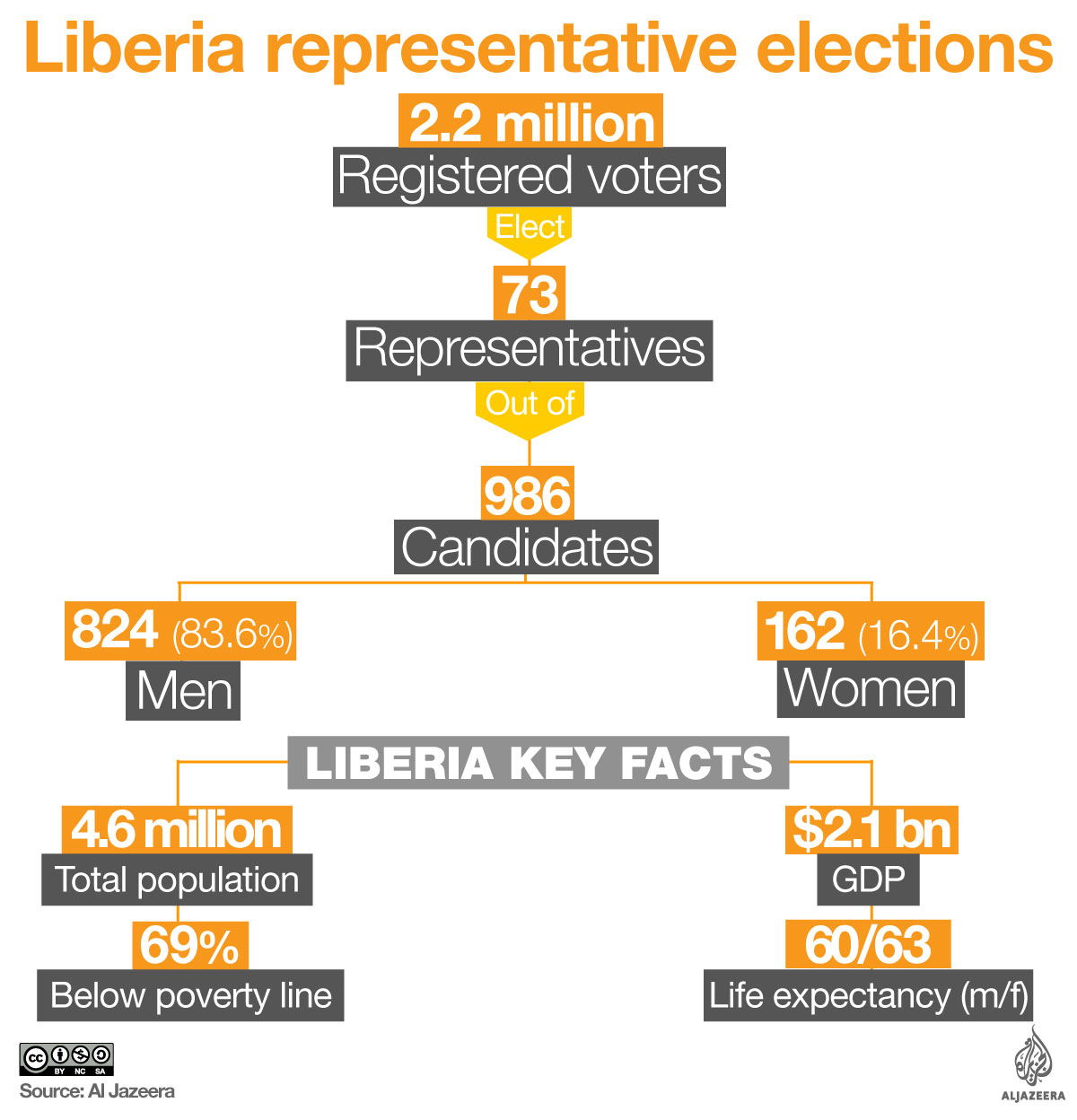