The United States will lift some of its toughest long-standing sanctions imposed on Sudan, according to US officials.

The US state department announced its decision to revoke the penalising economic and trade measures – in place since 1997 – on Friday.

It cited the Khartoum-based government’s “sustained positive actions to maintain a cessation of hostilities in conflict areas in Sudan, improve humanitarian access throughout Sudan, and maintain cooperation with the United States on addressing regional conflicts and the threat of terrorism”.

READ MORE: US sanctions on Sudan under the spotlight

A statement from State Department spokeswoman Heather Nauert said the sanctions will come to an end on October 12.

Yet, some targeted sanctions will remain, and Sudan will remain on the US list of “states sponsors of terrorism” which carries a ban on weapons sales and restrictions on aid.

Sudan welcome the US decision to end its 20-year trade embargo as a “positive decision” but called for Washington to go further and take the country off its blacklist of state terror sponsors.

“The leaders of Sudan, the government of Sudan and the people of Sudan welcome the positive decision taken by American President Donald Trump of removing the economic sanctions completely,” the official SUNA news agency quoted a statement issued by the foreign ministry.

The ministry said the “historic” decision will further help Sudan cooperate with the US on “issues of international peace and security, illegal immigration, human trafficking and fighting terrorism”.

Sudan is looking forward to building “a normal relation with the United States, but wants its name to be removed from the list of state sponsors of terrorism as there is no reason to have Sudan in that list,” the ministry statement added.

The decision by US President Donald Trump’s administration comes after a 16-month diplomatic effort, the state department said.

It follows a process that was started by Trump’s predecessor, Barack Obama, at the end of his tenure.

Shortly before leaving office in January, Obama temporarily eased penalties against the country.

The administration said at the time that a few crisis areas in Sudan, like the western province of Darfur, had seen some significant stabilisation, but others, like the southern Nuba mountain region, remained volatile.

In July, the state department announced it would postponed by three months a final decision on whether to permanently lift the sanctions, setting up an October 12 deadline. 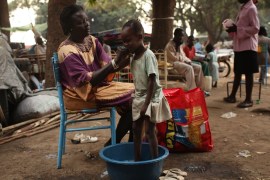 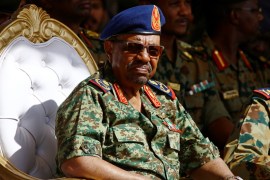