Tanzanian President John Magufuli has revealed that he takes home a monthly salary of $4,008 as leader of the East African country.

Magufuli, who was elected president in 2015 on a pledge to tackle corruption, made the disclosure during a speech broadcast live on state television on Tuesday.

“My salary is nine million (Tanzanian Shillings). I have not increased my salary and I will not increase it. Because my obligation is to serve Tanzanians first. Citizens are tired of their money getting stolen,” Magufuli, nicknamed The Bulldozer for building roads in his previous post as cabinet minister, said.

Detrick Kaijanangoma, a lecturer at Dar Es Salaam University, said the disclosure was a “step in the right direction”.

“This is transparancy and when you say you want to lead by example it is the right thing to do. Before, presidents never told us how much they were earning,” Kaijanangoma told Al Jazeera from the country’s commercial capital, Dar Es Salaam.

Magufuli’s salary is a third of what former president Jakaya Kikwete was reported to be earning during his ten-year tenure as leader of East Africa’s most populous country.

But some Tanzanians still think the president’s salary, which is also lower than the salaries of President Uhuru Kenyatta of Kenya and Uganda’s Yoweri Museveni, is still too high.

“The president gets everything from the government. His children’s school fees, free house and free cars. If he thinks it is a small salary or it is not enough then he is mistaken,” Deodatus, a taxi driver, told Al Jazeera.

Magafuli, after more than two decades in politics, has built a no-nonsense corruption-free reputation.

Weeks after he was elected president, the son of a peasant farmer ordered restrictions on government officials’ foreign trips.

Tanzanian public officials have a reputation for making frequent trips abroad, flying first or business class at the expense of taxpayers.

“Some board members of public organisations used to decide not to hold their board meetings in Tanzania and will go to Dubai to hold their meetings there, just so that they could pay themselves a large amount of per diems. They certainly don’t like what my government is doing now,”  a defiant Magufuli said on Tuesday.

Twelve million Tanzanians live in extreme poverty earning less than $0.60 a day, according to the World Bank.

In 2015, the 57-year-old leader banned government officials from sending Christmas and New Year cards paid for by public funds as part of cost-cutting measures his government introduced.

Magufuli’s government hit a mining company in July with a $190bn bill for unpaid taxes, penalties and interests, dating back several years.

He has also dismissed several top government officials, including the country’s tax chief, head of the government’s anti-corruption body and head of Tanzania port authority, for alleged corruption offences since he took office.

The country of more than 53 million people has been struggling to curb corruption and has witnessed large-scale scandals in recent years. In 2014 the country’s housing minister and attorney general were pushed out of office after more than $186m were taken from the central bank in an energy scandal.

The anti-corruption watchdog, Transparency International, ranked Tanzania 116 out of 176 countries in its 2016 corruption perception index. 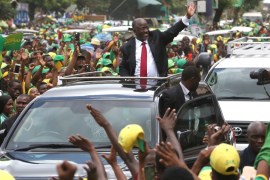 ‘The Bulldozer’ orders raft of cost-cutting measures, including Christmas cards, striking a chord with many Tanzanians. 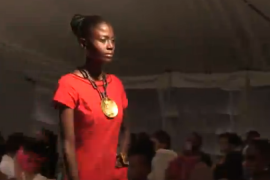 African fashion: From racks to runways

There has been a boom in the industry on the continent, where young professionals are spending more on clothes. 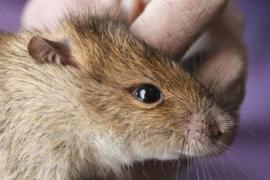 Since 2008, a team of 77 African giant pouched rats have helped doctors find cases of tuberculosis in human patients.