At least seven Palestinians have been killed after Israeli forces destroyed a tunnel in a southern town of the Gaza Strip, in an attack described by the besieged enclave’s rulers as a dangerous escalation.

Ashraf al-Qidra, spokesperson for the Ministry of Health in Gaza, said that nine others were also wounded in the Khan Younis area and were taken to the nearby al-Aqsa Hospital for treatment.

The two others killed were identified as 30-year-old Masbah Shbeer and Mohammed al-Agha, 22 – both members of Hamas’ Izz Eddine al-Qassam Brigades.

The health ministy said the number of those killed could increase significantly due to the large number of people still missing.

“We affirm our right to respond to the aggression of the occupation today,” the Islamic Jihad Movement said in a statement later on Monday.

“The occupation government must be aware that we will continue to work to strengthen our capabilities to protect our people,” it added.

Hamas, which rules Gaza, said in a post on Twitter that the attack constitutes “a new war against Gaza people”.

Palestinian media reported that the tunnel had been hit by the Israeli air force.

Israeli officials said that the tunnel near the border wall, which was in the process of being built, was blown up after being monitored for some time.

The latest one, code-named Operation Protective Edge, took place in the summer of 2014 and resulted in the deaths of more than 2,200 Palestinians.

Sixty-six Israeli soldiers and seven Israeli non-combatants were killed in the same period. 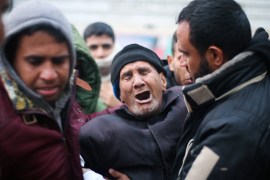 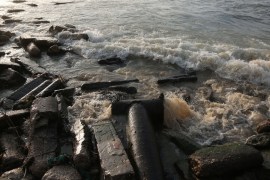 How Gaza’s only escape turned deadly