A Palestinian political prisoner was given “10 minutes” to visit his terminally ill teenage son, according to his family.

The visit between Rajab Tahhan, who is serving a life sentence, and his son, Majd, who suffers from leukaemia, took place on Monday morning at the Hadassah hospital in Jerusalem.

The family said that the Israeli court handling the case placed difficult conditions on them for the visit to happen.

“They said that no one is allowed in the same room as Majd when his dad walks in,” Bassem Tahhan, the boy’s uncle, told Al Jazeera.

“This was very difficult because Majd cannot be left alone for a second. He must have an attendant with him 24 hours a day due to his condition.”

In his 19 years, Majd has spent only two years and eight months in total with his father, who has been repeatedly imprisoned by Israel.

According to the family, the father did not recognise his son, whose physical features had changed drastically due to the cancer.

“It was a shock for him to see his son like that. He kept asking Majd who his grandfather, uncle, and other family members were to make sure that it was him,” said Bassem.

“When the visit was over, Majd started shouting in joy, ‘I saw my dad! I saw my dad.'”

Rajab was imprisoned in 1998, when Majd was only four months old, on charges of killing an Israeli settler.

He was subsequently released in 2011 under a prisoner exchange deal for Israeli soldier Gilad Shalit, who had been captured by Hamas, the Gaza-based Islamic Resistance Movement.

Less than three years later, Israeli forces embarked on a campaign of mass arrests in the Palestinian territories after three Israeli settlers disappeared in the occupied West Bank.

Hundreds of Palestinians were rounded up, and many of those who were released in the 2011 deal were rearrested and their sentences reinstated, including Rajab.

Despite determining who was responsible for the three settlers’ kidnapping and killing shortly after the incident, Israeli authorities nonetheless kept those who were rearrested in prison.

Rajab’s life sentence was reinstated in 2014 on “secret evidence”, including claims that he violated the conditions placed on him when he was released, according to the family.

Article 186 of Israeli military order 1651 allows Israel to rearrest Palestinian prisoners who had been released in an exchange to serve the remainder of their original sentences based on “secret evidence” not accessible to the prisoners or their lawyers.

In a 2015 report, the Jerusalem-based Addameer prisoners’ rights group said that it found 62 cases since the 2011 exchange deal in which former prisoners were rearrested under Article 186.

The use of the article in times of political tension can be classified as collective punishment, a violation of international law, the group noted.

“Article 186 is markedly incompatible with international standards and fair trial guarantees … The use of secret evidence to constantly arrest and detain individuals in occupied Palestine is also critically neglectful in the scope of international human rights law,” Addameer said in the report. 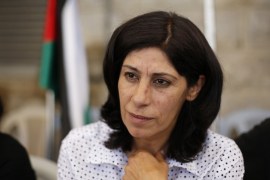 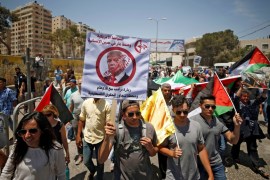 Human rights group calls for the release of Ahmad Qatamesh, a prominent writer jailed without charges or trial.