More than 3,000 people have fled to Zambia in the past month to escape escalating violence in Democratic Republic of Congo (Congo), according to the United Nations.

The UN refugee agency (UNHCR) said in a statement on Tuesday that unrest in parts of southeastern Congo has driven more than 3,360 refugees into northern Zambia since 30 August – the largest influx of its kind in the past five years.

The majority of those fleeing come from the northern Katanga and Tanganyika regions.

In recent years, these areas have been the scene of multiple deadly clashes between the Pygmies and Bantus from the ethnic Luba group.

A full 60 percent of those arriving in Zambia are children, including many showing signs of malnutrition, the UNHCR said.

“Malaria, respiratory problems, dysentery and skin infections are common among the refugees, who are in urgent need of protection and life-saving support,” it added.

Many of the new refugees had already been displaced inside Congo by the violence before crossing the border.

“The lack of roads and the long distances … make it difficult to monitor the situation and provide them with assistance,” said Mahecic.

The approaching rainy season is expected to worsen the plight of those on the move, he warned.

The new arrivals, who bring the number of Congo refugees and asylum seekers in Zambia to around 27,300, are mostly being taken to the Kenani transit centre in the Nchelenge district, 90km from the border.

But Mahecic said some were opting to remain close to the border, waiting for their families to join them.

Due to overcrowding, UNHCR said it had begun work on a second transit facility and was helping develop a more permanent settlement for the refugees. 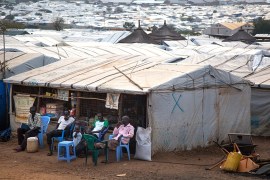 IDPs need as much attention as refugees, says IDMC

A monitoring group says more than 40 million IDPs are waiting for the world to take notice of their plight. 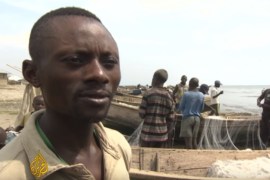 Civilians have been forced to flee their homes, adding to the tens of thousands already living in IDP camps.