The two men who forced a black man into a coffin and threatened to set him alight have each been sentenced to more than a decade in jail in South Africa.

On Friday, Judge Segopotje Mphahlele sentenced Theo Jackson and Willem Oosthuizen respectively to 14 years and 11 years after they were found guilty of six out of the seven charges levelled against them.

Victor Mlothshwa was kidnapped, beaten and pushed into a coffin by the two men in August 2016.

The men claim that Mlotshwa had stolen cables and they had no intention of killing him. But Judge Mphahlele said their actions were disgusting and dehumanising, and her judgement took into consideration the country’s history, constitution and rising levels fo racial intolerance.

When the sentences were read out, people sitting in the gallery exchanged hushed whispers. Some gasped.

The families of the accused cried. Outside the court, men and women draped in political party colours celebrated the sentencing, congratulating Judge Mphahlele for the verdict.

While the conviction is largely seen as an attempt to send a strong message that racism would not be tolerated, others feel that case had become overly politicised.

Some compared the verdict to the six-year jail term South African Olympic athlete Oscar Pistorius was handed for murdering his girlfriend in 2013.

Al Jazeera spoke to a cross-section of South African society to gauge public reaction to the verdict.

I think the sentences are appropriate and considering our history; one cannot merely look at it as assault. We need to send a stronger message that such type of dehumanising behaviour will not be tolerated.

I think there needs to be a larger conversation about what the minimum and maximum sentences should be for such types of crimes.

I think Oscar Pistorius got a light sentence, but it does not mean that these two men should have received a lower sentence. But it does raise questions on how we deal with racism and gender violence.

At the end of the day, white people are privileged in this country and racism is not only based on actions. We hope that this would send a message to whites, but this is a society still controlled by them.

Racists are being dealt with, the structural racism and sexism is not being dealt with. We need to remove sexist and racist structure that does not see black people, especially black women, as human beings.

Yes, this was a good move from the judge, but a lot more has to be done. White supremacy and white privilege still thrives because they own the economy.

The Ahmed Kathrada Foundation welcomes the coffin assault case ruling. While the sentencing is specifically related to the charges of attempted murder, kidnapping, intimidation and assault, it must be seen within the context of racial and social dynamics in South Africa.

This ruling sends a strong message that there is no place for blatant racism in South Africa and we hope that it serves as a deterrent to others.

This sentence was harsh. They didn’t deserve so many years.

There are many who are killing and murdering others. Sentences don’t take place.

They put someone in a coffin, that is all.

They were punished because they were white.

If they were black, they would not have been given so many years.

I think that the sentence was good. Many people have disappeared on the farms around the country, and we suspect that some of these people may have been killed and buried by these types of people.

This is a lesson for others, that no matter how cruel you may be, you know you won’t force a human being into a coffin because of the consequences.

The sentence is not harsh. It teaches other white men, even others, not to treat people like that.

The sentence is shockingly inappropriate. It is interesting to see that we have had a case where someone has been murdered – like the Oscar Pistorius trial – and he only got half the sentence as the two accused here.

Here, we don’t have a serious matter in the sense that there was no loss of life. Personally, it seems that undue [political] factors were operating here. It seems to be that this was the ANC. We know they are under siege and this was about winning votes.

The whole case is strange. Even the fact that it was taken to the High Court when there was no murder. Then we had media attention almost the entire time. The media attention, to me, seemed to fuel the tenor of the trial.

I find it ironic that the judge said that the judgement had to build relations within the community. I am afraid this will do the opposite.

There are many farmer murders. This does not get this type of attention. I find it strange that this was twice as much as what Oscar Pistorius got – and that involved a loss of life.

We will be taking this matter to appeal. We think some of the charges should be taken to appeal. To my mind, they were incarcerated already for eight months, and in a sense, they have already done their time. 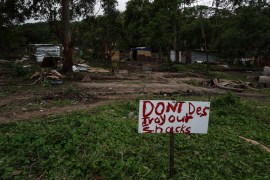 Fifty families living in poverty and squalor in Durban continue to face the wrath of authorities. 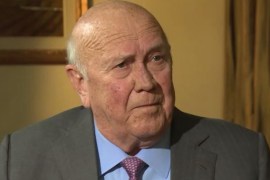