While the British Mandate in Palestine lasted for 31 years, notorious remnants of its legacy are still felt by the Palestinians on a daily basis at the hands of the Israeli army.

For seven decades, the military occupation of Palestinians has been ongoing, but some of the repressive tactics used by the Israeli army were not necessarily Israeli.

Rather, they were first practised on the Palestinians by the British army during the mandate era.

“Anyone who looks at the methods the British used in Palestine during the 1930s will see strong parallels with what Israel is doing today,” said David Cronin, journalist and author of Balfour’s Shadow.

One such tactic was punitive house demolitions, carried out as a measure of deterrence.

Another was administrative detention, or the internment of prisoners for an indefinite period of time without subjecting them to trial or charges.

The British used those tactics as a series of reprisals and collective punishments during the Arab Revolt that began in 1936, where a Palestinian nationalistic movement rose to protest British rule and the official support for the increase in Jewish immigration.

The 1930s were marked by a strong collusion between the British and Jewish fighters, mainly from the Haganah paramilitary group, the largest Zionist militia in Palestine at the time, which would later form the central component of the Israeli army.

Cronin said that the British had helped the groundwork for the Nakba. It was after all the Haganah who were responsible for mapping out Plan Dalet, the blueprint for the ethnic cleansing of Palestinians.

“Many of the Zionist forces who forced around 750,000 Palestinians from their homes during the 1948 ethnic cleansing of Palestine had received British training,” he said.

What the map of #Palestine looked like 100 years ago

Ahron Bregman, a professor at the department of war studies at King’s University, said that the British trained Haganah members in military tactics during the Arab Revolt.

“In fact, the best future Jewish military minds, such as Moshe Dayan and Yigal Allon, were trained by the British to fight against the Arabs of Palestine,” he said.

Dayan would go on to lose his eye during a joint British operation against French forces in Lebanon in 1941.

He and Yigal later occupied key positions in the army and government in Israel’s early history, serving in various ministerial roles.

One infamous British soldier, Orde Wingate, trained and led Jewish armed units in violently quelling Palestinians in the Galilee region during the revolt.

Ahmad Samih Khalidi, the editor-in-chief of the Journal of Palestine Studies, described him as “a kind of maverick and a Christian Zionist” who taught the Jewish armed units the very basics of counterinsurgency and “how to deal with the natives in a very brutal and repressive manner.”

The Jewish commanders, Khalidi continued, did not just learn about tactics on the ground but also basic doctrinal issues such as pre-emption and collective punishment.

“This had a very important and formative influence, because what it did was for the first time, it took Jewish armed groups in Palestine to what was essentially a defensive position into an offensive position,” Khalidi said.

Wingate headed a division of Haganah commanders [Moshe Dayan among them] for just five months from June to October in 1938. He trained them under the cover of darkness, hence the name that they became known for – the special night squads (SNS).

The SNSs quickly gained a reputation for their brutality. Torture and extrajudicial assassinations were commonplace, and villages suspected of withholding information, harbouring rebels or lying in proximity to rebel attacks were not spared.

“Wingate is almost revered by the current Israeli military, probably because he was a very cruel man,” Cronin said.

“His troops gained infamy for rounding up men who lived near an oil pipeline connecting Palestine and Iraq, ordering them to strip and whipping their naked torsos.”

The SNSs did not have a formal military chain of command, which resulted in their actions against the Palestinian rural population in the north becoming wild and uncontrollable.

One such example, compiled by professor of military history Matthew Hughes, was forcing sand into villagers’ mouths until they vomited.

“British SNS brutality prompted Jewish soldiers, taught them how to deal with insurgency and insurgents and set this within a colonial legal framework of collective punishment and punitive action that normalised draconian action,” Hughes wrote.

The Jewish militias were bolstered by members who had military experience through their individual participation as officers and soldiers in the first world war. However, in the second world war, many Jews fought with the British army and “distinguished themselves there,” Bregman said.

Khalidi said that that had proven to be highly significant in the forcible displacement of hundreds of thousands of Palestinians in 1948, portraying the campaign as a war of independence.

“They had a well-established cadre of trained and efficient soldiers which Palestinians didn’t have because by and large, with certain exceptions, the Palestinian Arabs did not join the war in any large numbers on the British side or the other side,” he said.

A direct legacy of British rule in Palestine that the Israeli army has replicated is the British emergency laws applied in 1945 – which Bregman said is still in use by the Israelis to “justify their actions in the occupied territories”.

The laws were initially devised to deal with the Jewish Irgun and Stern Gang militias that had revolted against the British.

“In 1967 when the Israelis occupied the remaining Palestinian territories, they resorted to many of the old British emergency laws that gave the military occupation the right to impose collective punishment such as demolishing houses,” Khalidi said.

At the height of the second Intifada in 2002, the Israeli army demolished 252 homes in the occupied territories, rendering just over 1,400 Palestinians homeless.

A lesser-known fact is that between the years of 1936 and 1939, the British authorities had demolished 5,000 Palestinian homes.

On June 16, 1936, approximately 240 homes were blown up by the British in the Old City of Jaffa, leaving as many as 6,000 Palestinians homeless.

They were informed by air-dropped leaflets the same morning and many became destitute, having lost all their possessions with their homes.

The explanation given by Britain, according to Cronin, was for “urban renewal” purposes, but the main reason was that “its inhabitants were not deemed sufficiently obedient towards their oppressors, so they were made homeless”.

Matthew Hughes wrote how the British army had cut wide pathways through the old city with explosives to “allow military access to, and control of, a rebel-held area that had previously eluded military control”.

This has been copied verbatim by the Israeli army, most notably during their invasions of the Jenin refugee camp and Nablus’s old city in the second Intifada, where their tanks flattened narrow alleyways, houses and other structures in their way.

While the US remains the number one country to collaborate with Israel militarily, such as financial aid, weapons procurement and joint training exercises, the relationship Britain and Israel – which had been relatively limited to intelligence sharing – has reached new levels.

One of Israel’s top weapons producers, Elbit Systems, has five branches in the UK, and recently announced it wanted to treat the UK as an “actual home market”, said Cronin.

In September, Elbit Systems and CAE [Canadian manufacturer of simulation and modelling technologies and training services for civil aviation and defence] signed an agreement to jointly pursue British Ministry of Defence training opportunities.

Furthermore, Cronin said that the British army has commissioned the largest drone programme in Europe, which is based on Israeli-designed weapons.

Israel, the leading seller of drones, invented drones in the 1970s and were the first to use them in 1982 against the PLO in Beirut, Khalidi said.

This means that the next time Britain goes to war, it will most likely be using Israeli-made weapons, which would have undoubtedly first be tested and used against Palestinians – a case where the student has surpassed the master. 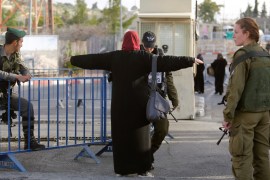