Twitter says that it will ban ads from two Russian media organisations, citing allegations by US intelligence agencies that Russia Today (RT) and Sputnik tried to interfere with the 2016 presidential election in the US.

“Twitter has made the policy decision to off-board advertising from all accounts owned by Russia Today (RT) and Sputnik, effective immediately,” the San Francisco-based company said on its website on Thursday.

The site said the decision was based on its own investigations of RT and Sputnik as well as the “US intelligence community’s conclusion that both RT and Sputnik attempted to interfere with the election on behalf of the Russian government”.

The ban comes a month after Twitter officials told the US senate that it has suspended 201 Russian-linked accounts amid a congressional investigation into alleged Russian interference in the 2016 election.

In its statement on Thursday, Twitter said it did not “come to this decision lightly”.

It also said it will donate the estimated $1.9m it had earned from RT since 2011 to “support external research into the use of Twitter in civil engagement and elections, including use of malicious automation and misinformation”.

RT and Sputnik may remain “organic users on our platform, in accordance with the Twitter rules,” it said.

In response, Sputnik called Twitter’s decision “regrettable”, while RT said it had “never been involved in any illegal activity online” and “never pursued an agenda of influencing the US election through any platforms, including Twitter”.

RT also said Twitter had encouraged it to “spend big” on advertising in advance of the election.

“The main idea pitched by Twitter to RT was ‘to take a stand’. The more money RT spent, the bigger the reach to American voters that Twitter would provide,” it said on its website.

Maria Zakharova, a spokeswoman for Russia’s foreign ministry, said in a Facebook post that the ban was “an unprecedented attack” and a “gross violation” of free speech guarantees.

“This is the result of pressure from the American establishment and intelligence services,” she said, adding, “Retaliatory measures will naturally follow”.

Ryan Radia, of the Competitive Enterprise Institute, a US-based think-tank, said the ban was “a sign that political pressure is succeeding and changing the behaviour of social media platforms”.

Such decisions may end up “making it harder for some people to spread both false and true information”, he told Al Jazeera.

Leonid Ragozin, a Latvia-based journalist who covers Russian affairs, said he feared Moscow may use the ban as an excuse to impose new restrictions on the use of internet in the country, or even shut down Twitter.

“There’s also the ethical issue,” he said. “This matter has not been taken to court and there has been no trial. It was never proved that RT and Sputnik were doing anything illegal.”

“It would be more helpful if Twitter focused on bots rather than RT and Sputnik,” he said, referring to anonymous accounts and automated accounts.

“And it would be much better to invest in teaching audiences in using information properly, to check information and be sceptical about sources of information.”

“If you look at the Russia bashing info-warriors, some of them employ as much lies, as much misinformation as Russia-linked agencies do,” added Ragozin.

Padraig Reidy, a former editor at Index on Censorship, a UK-based free speech group, said greater transparency would be a better approach.

“It’s a little vague what the rules are,” he said.

“The first step is to be very clear on who is advertising and who is paying for the adverts. They [social media companies] have to show they know where the money is coming from.” 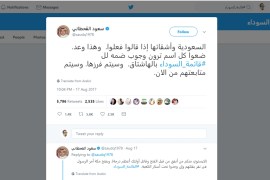 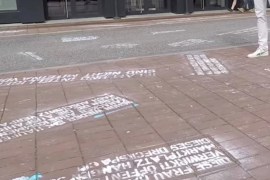 Shahak Shapira says he received no response when he reported most of the offensive material to the company.