The emir of Kuwait, Sheikh Sabah Al Ahmad Al Sabah, warned of the collapse of the Gulf Cooperation Council (GCC) – an alliance of Gulf countries – should the crisis with Qatar remain unresolved.

In a statement at a Kuwaiti parliament session on Tuesday, the emir warned GCC leaders of the potential dangerous military and political intervention that may ensue as a result of the political deadlock.

“Contrary to our wishes and hopes, the Gulf crisis has the potential of escalating; therefore, all of us must be fully aware of its potential consequences,” Sheikh Sabah said.

“Any escalation will bring with it an outright call for regional and international intervention, which will destroy the security of the Gulf and its people.”

The GCC is a political and economic alliance of countries in the Arabian peninsula, including Bahrain, Kuwait, Oman, Qatar, Saudi Arabia and the United Arab Emirates.

Established in 1981, the alliance fosters economic, security, cultural and social cooperation between the six nations.

But the fate of the GCC has been thrown into question as a result of the deep rift caused by a land, air and sea blockade imposed on Qatar by Bahrain, Saudi Arabia, the UAE and Egypt on June 5.

Sheikh Sabah stressed that Kuwait’s mediation efforts should be seen through the lens of the family of Gulf nations: “We are not a third party in this crisis. Rather, we are a party of one with the other two brother-nations in this crisis.”

The GCC is the only beacon of light and hope amid the darkness now gripping the region, the emir added.

“History and the future generations of Arabs will not forget those who contributed to the escalation of the conflict and caused the destruction of the Gulf,” Sheikh Sabah cautioned.

The countries that imposed the blockade on Qatar claim that it works to support “terrorism”, maintains cordial relations with Iran and meddles in the internal affairs of their countries.

But Qatar insists there is “no legitimate justification” for the actions taken by the four nations, calling their decision a “violation of its sovereignty”. 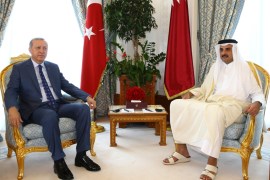 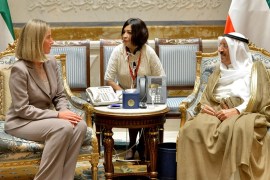 Qatar and its neighbours should agree ‘clear principles and a roadmap’ to resolve row, says EU’s foreign affairs chief.