By Farah Najjar and Linah Alsaafin

A hospital in occupied East Jerusalem that provides treatment for Palestinians in the occupied territories of the West Bank and Gaza Strip is no longer accepting new patients due to an overarching financial burden.

The Augusta Victoria hospital, which is owned and operated by the Lutheran World Federation, may face closure due to unpaid debts from the Palestinian Authority (PA) that administers the occupied West Bank.

Describing it as part of the network of East Jerusalem hospitals that form the “backbone of the Palestinian health system”, Walid Nammour, the hospital’s general manager, told Al Jazeera that the PA owes the hospital 180 million shekels ($51m).

“Government bonds, donations, and the annual grant from the European Union have helped us get through financially difficult times,” Nammour said, “but even after subtracting that from the debt, the PA still owes us 122 million shekels ($35m).”

According to Nammour, the debt owed by the PA has been accumulating for more than four years, creating a cash flow crisis.

Although the PA has, to some extent, responded by paying some of its debt intermittently, Nammour said that during the past year, the hospital has “sunk to levels we haven’t reached before”.

Yousef Hamamreh, the director general of oncology ward, told Al Jazeera that in the past few months, it has become increasingly difficult to provide a patient full and uninterrupted treatment.

“Without any doubt, the financial crisis has put the lives of many of our patients at risk,” Hamamreh said.

“For example, repairing an x-ray machine is costly, and the types of medicines we need are expensive and not easily attainable.”

Built more than 100 years ago, the hospital is the only one in the Palestinian territories that Israel has permitted to provide radiation therapy for cancer patients, since Israel has long banned the presence of any radioactive material in the occupied territories.

It is also the only hospital offering specialised paediatric kidney dialysis treatment for patients from the occupied territories.

About 35 percent of the hospital’s patients come from the Gaza Strip, while the remaining 65 percent are from the West Bank.

Palestinian cancer patients who live under Israeli occupation have no immediate access to radiation therapy. They must apply for hard-to-obtain permits from Israel in order to be transferred to East Jerusalem – a process that if ever approved, can take up to months to achieve.

The PA refers those patients to the Augusta Victoria Hospital under an agreement signed between the PA Ministry of Health and the hospital, which Nammour says treats patients “at a cost of 80 percent less than what Israeli hospitals charge.”

The PA recently paid off around half of the owed debt for a single month, Nammour said, but the added debt from previous months is on the rise.

“This has become a chronic problem. It has vastly obstructed and paralysed our ability to work,” he explained.

Osama Najjar, the PA’s Ministry of Health spokesman, told Al Jazeera that while he does not have an exact figure for the debt, the PA owes a “huge amount of money” to the hospital, which has a high cost to operate.

“There is no financial capacity to pay off these debts,” Najjar said. “There is a permanent deficiency in paying hospitals in the private sector, especially the Augusta Victoria hospital.”

Najjar said that the health ministry had reached a financial contract with the PA Ministry of Finance to pay the hospital a total of 3 million shekels ($855,000) every month in order to “lessen the burden on the hospital so that it could buy the necessary equipment and medicine.”

Yet Nammour said that on average, the services provided by the hospital amounts to 15 million shekels ($4.2m) a month, half of which goes towards medicines.

“We demand the PA to pay its financial dues … we have reached the end of the tunnel in terms of our capacity.”

Since the beginning of this week, the hospital has been forced to stop accepting new patients, especially those “who need chronic treatment which we cannot guarantee,” Hamamreh said.

“The hardest thing for a doctor is to tell a mother that I cannot treat her child,” he added.

While the hospital has not yet lost a patient due to the debt owed by the PA, both Nammour and Hamamreh agree that the longer the crisis is perpetuated, the more likely it is that they will reach this stage.

“Every night, before I sleep, I dream that this financial crisis will be over by the morning,” Hamamreh said. 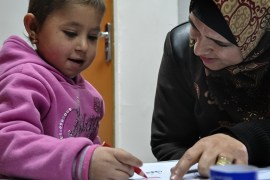 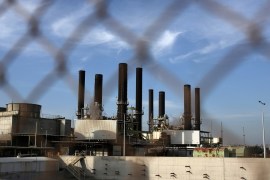