Amnesty International has said it has strong evidence that the Myanmar army committed crimes against humanity in northern Rakhine State.

A new report published by the global rights group on Wednesday detailed mass killings, rape, torture and forcible transfers of Rohingya Muslims in the army’s ongoing campaign against fighters from the persecuted minority.

Amnesty has called for the UN Security Council to impose an arms embargo on Myanmar and set targeted sanctions against senior officials.

The report said hundreds of thousands of Rohingya men, women and children have been “the victims of a widespread and systematic attack”, and that “Myanmar’s security forces unleashed an attack against the Rohingya population in its entirety.”

The army’s Western Command was responsible for some of the worst violations, it said.

The Amnesty report, based on about 150 witness accounts, satellite data, and photo and video evidence, is the most detailed and comprehensive analysis to date since Rohingya refugees began pouring into Bangladesh in late August.

Efforts to reach the Myanmar government were unsuccessful.

Officials have previously denied any systematic violence against the Rohingya, who they consider as illegal immigrants from Bangladesh.

Laura Haigh, Amnesty’s Myanmar researcher, said the crimes they documented were similar to the army’s abuses against other ethnic minorities in Myanmar, including the Kachin, Shan and the Palaung.

“There are common threads here: A military that is completely unaccountable, often out of control, and impunity that breeds further impunity,” she said.

The violence in Buddhist-majority Rakhine erupted after an armed group known as the Arakan Rohingya Salvation Army (ARSA) attacked at least 30 security posts on August 25.

An estimated 582,000 refugees have now fled Myanmar and thousands more are continuing to make the perilous journey on foot to the country’s border with Bangladesh, the UN said on Tuesday.

Page after page in the Amnesty report, entitled “My World Is Finished”, provide detailed testimonies of widespread killings, rapes, and burning of entire villages.

In one account, a 30-year-old woman from the village of Min Gyi, also known as Tula Toli, said soldiers killed scores of men and older boys, raped the women, torched Rohingya homes, and burned people, including children, to death.

“They [the soldiers] first hit us in the head, to make us weak … Then, they raped us,” she said.

Soldiers then set fire to the house she was assaulted in, but she said she managed to escape after her seven-year-old daughter found a weak point in the hut’s bamboo siding.

“I was burned all over,” she told Amnesty. “The flame was so hot. When I ran, the fire was still on me. The clothes we wore, they were all burned.”

The pattern was similar in dozens of villages across Maungdaw, Buthidaung and Rathetaung townships, the report said.

The Myanmar army killed at least hundreds of Rohingya women, men, and children in the hours and days since the ARSA attacks in August, it said. Many people were shot as they ran away.

The elderly and disabled were often unable to flee and were killed or burned in their homes.

Mohamed Zubair, 26, told Amnesty he left his 90-year-old grandmother in their home when the military opened fire on his village, Chut Pyin, in Rathetaung.

In hiding, he watched as soldiers torched his village, including the house where he had left his grandmother.

When the military left, he found his grandmother dead, her body “burnt very seriously”.

More than a dozen other witnesses from Chut Pyin also described seeing soldiers, border guards and local vigilantes deliberately burn down Rohingya parts of the village, and leave the non-Rohingya areas intact, the report said.

The accounts of targeted burning were backed by satellite imagery.

Amnesty said the killing of the elderly, disabled and children demonstrated the military’s campaign “has been far from a ‘clearance operation’ in the sense of being designed to root out ARSA members.

“Instead, it has been an attack on the Rohingya population as a whole, with the seeming objective to ‘cleanse’ Rakhine state of that entire population”.

Amnesty said its investigations into the responsibility of specific units and individuals were ongoing, but testimony indicates that a unit led by Major-General Maung Maung Soe was disproportionately involved in some of the worst crimes.

Witnesses consistently described a patch on soldiers’ uniforms that match the one worn by Western Command, the report said.

Haigh, the researcher, said Amnesty wants to see the UN General Assembly adopt “a strong resolution on Myanmar” as a first step to end the violence.

“We’d like to see a strengthened call for a global arms embargo, in addition to targeted sanctions on specific senior military officials who are responsible for crimes,” she said.

On Monday, Senior General Min Aung Hlaing, the commander-in-chief of Myanmar’s army told UN officials that soldiers acted lawfully in their response to attacks by ARSA.

On his official Facebook page, Min Aung Hlaing said UN comments on Rakhine, which include allegations of ethnic cleansing, were “totally contrary to the situation on the ground”. 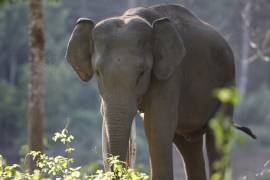 A mother and her three children killed by a herd of elephants in southern Cox’s Bazar district, local official says. 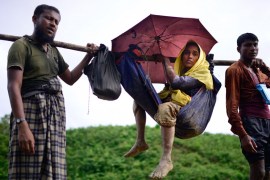 Army action that forced half a million Rohingya to flee began before August 25 attack on police post, according to UN.