Austrians are heading to the polls to vote in a snap parliamentary election that could see a far-right party enter into government as part of a coalition.

Polls will close at 6pm local time (16:00 GMT) on Sunday, but the counting of the ballots will not start until Monday.

The vote could see Sebastian Kurz, a young conservative politician, beat the far right at its own game by adopting a hard line on refugees and pledging to prevent a repeat of Europe’s migration crisis.

The ballot, however, is widely expected to result in a coalition government featuring Austria’s far-right Freedom Party (FPO), which is predicted to win up to 26 percent of the vote.

The election will be watched closely across the European Union, as the bloc seeks stability in the wake of the UK’s Brexit vote last year and a far-right surge in September’s German elections.

Why does this election matter?

Austria’s election arrived almost a year earlier than expected, following a breakdown of the country’s grand coalition government in May.

The Social Democratic Party (SPO) and the conservative People’s Party (OVP) agreed on early elections with all other parliamentary parties after months of inertia caused by policy disputes and internal wrangling in the OVP.

Kurz – the OVP’s leader since May 14, two days after early elections were announced – has galvanised the party’s electoral prospects by promising to revive Austria’s political system, which is geared towards an SPO and OVP coalition government.

The parties have governed Austria together for 44 of the last 72 years following the creation of a national unity government in 1945, a decade before Austria gained full independence from Germany.

Kurz, who is only 31, has built his popularity by adopting many of the FPO’s mantras, making this an election defined by issues raised by the far right, such as stricter immigration and the role of Islam in Austrian society.

“I can also promise today that we will end illegal migration to ensure more order and security in Austria,” Kurz said at one of his campaign rallies.

“Austria is one of the best off countries in Europe, but people want change anyway,” Christoph Prantner, a senior editor of Austria’s Der Standard newspaper opinion pages, told Al Jazeera.

“People are sick and tired of the grand coalition government, and the FPO put their finger on issues people cared about during this election,” he said.

The FPO were polling in first place among Austrian voters during much of the past year.

Heinz-Christian Strache, leader of the FPO, has said that he thinks Islam does not belong in Austria and that he “does not want an Islamisation of his homeland”.

OVP is the clear favourite to finish first in Sunday’s poll. The party is projected to win up to 33 percent of the vote, according to opinion polls.

Christian Kern’s left-leaning SPO is set to compete with the FPO for the second place, with both predicted to win around 25 percent of the vote.

With no party expected to win a clear majority, the most likely outcome appears to be a coalition government led by the OVP with the support of the FPO.

Such an outcome would place the FPO in government for the first time in more than a decade.

Their last period at the helm of Austrian politics, spanning from 2000-2007, prompted other members of the European Union to impose sanctions in an attempt to ostracise the country.

There will be no repeat of that action from the bloc should the FPO win its way back into government, Prantner said.

“People aren’t afraid of sanctions any more. It was an exceptional situation then, [but] now we have a completely different political environment, not only in Austria but in almost all European countries, there is a big right-wing presence in politics,” he told Al Jazeera.

“We have moved to a new normality when it comes to these kinds of issues.”

How has the far right managed to gain popularity?

Unlike some other far-right parties across Europe, the FPO has been part of Austria’s political scene for a number of decades.

“The FPO has been around for 60 years, it’s a well-established third party,” Cas Mudde, a political scientist at the University of Georgia, told Al Jazeera.

“So if people aren’t happy with Austria’s grand coalition the natural decision, assuming they’re on the right of the political spectrum, is to vote for the FPO party.”

Despite the break-up of Austria’s grand coalition government, the FPO appears to have declined in popularity from a year ago, when they were comfortably leading in opinion polls.

However, it has had a substantial effect on this election, even before voting takes place.

Anton Pelinka, a professor of nationalism studies at the Central European University, said the FPO has managed to shift the OVP significantly to the right.

“The OVP is usually seen as a centre-right party, but it has taken over some of the arguments and issues from the FPO and presented them in a more moderate way,” he told Al Jazeera.

“The style is different but the substance is not.”

Exiting the European Union, however, remains off the agenda for the FPO and OVP, according to Pelinka, despite an apparent rise in support a far-right approach characterised by anti-immigration and nationalistic rhetoric.

“There is no possibility that Austria will leave the EU. Not even the FPO would ask for that,” he told Al Jazeera.

“But Austria may move within the EU towards the positions adopted by Poland and Hungary on a more restrictive immigration policy, and oppose further deepening of the EU.”

Around 15 percent of Austria’s 8.7 million citizens were born abroad, according to Eurostat. Almost 10 percent, or 765,000, of those originate from outside the EU bloc.

Austria recently banned the face veil, leading some Muslims to feel marginalised and scared for their position in the country.

“I am afraid to be living in a country where the women are suppressed because of their headscarves or what they are wearing, their exteriors. I am afraid of that because I want to become a doctor,” Austrian voter Meri Mohammed told Al Jazeera.

What does Austria’s election mean for Europe?

The rise of the far right, immigration, EU reform and the role of Islam in society have all featured prominently in a number of elections within the bloc.

“The Austrian election is representative of the changes and challenges Europe has to face,” Pelinka told Al Jazeera.

In particular, the rise of far-right parties within the EU has challenged established political systems and the bloc’s vision of deeper integration.

“These parties don’t realign people, they have instead created a de-alignment. They’ve helped to loosen ties between the electorate and established political parties … these far-right parties fundamentally stand for a system that is not liberal democratic,” he said.

“Assuming liberal democracy is the norm, this is problematic. Because these parties want to undermine minority rights, and the rule of law, the FPO included”

How does voting work?

A party must win at least four percent of the vote nationwide to win a seat in parliament, or at least one seat in one of Austria’s 43 regional electoral districts.

Elections are held every five years, unless all parliamentary parties agree to a premature dissolution of parliament to hold an early vote.

Austrians aged 16 years and or older are permitted to vote, after the national voting age was lowered from 18 in 2007. In total, Austria has about 6.4 million registered voters. 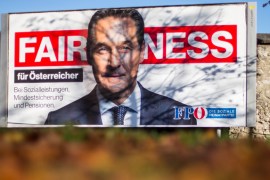 Austria, Europe and the far right: A Q&A with Cas Mudde 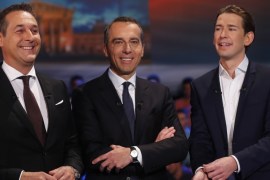 The problem is the right-wing swing of the major establishment parties.