The southeast African island of Madagascar is scrambling to contain an outbreak of pneumonic plague that has killed at least 42 people and infected 343 more since August.

Here are five things you should know:

What is the plague?

Don Walker, an osteologist at the Museum of London Archaeology who studies the DNA of skeletons of Black Death victims, said the first evidence of humans being infected can be traced back 5,000 years to Siberia.

“It’s quite an old disease,” said Walker. “As far as we know, there have been three named pandemics and the last pandemic, the most recent time, was from the 19th century and came out of China. Now, to an extent, that’s still around with us today. But the plague has really changed because in the outbreaks in the medieval period, it spread very, very quickly. Now, the disease is much slower in spreading and causes far reduced mortality.”

Its symptoms are flu-like – fever, chills, body aches, nausea, vomiting, and swelling of the lymph nodes in the groin, neck or armpits.

There are three major types of plague: bubonic, septicaemic, and pneumonic.

Pneumonic, the most lethal form, has broken out in Madagascar. Highly contagious, it is transmitted from person to person often by coughing. If untreated, it has a fatality rate close to 100 percent and can be fatal within 24 hours of being contracted.

Bubonic plague is spread by fleas or rodents to humans and can spread to a person’s lungs. About 10 percent of bubonic plague cases develop to become pneumonic.

The third strain septicaemic, when the infection spreads through the bloodstream. This could happen from flea bites or if the bacteria enters through a cut on a person’s skin, for example.

How serious is the outbreak in Madagascar?

The Madagascar outbreak could be much worse. It is by no means a repeat of the Great Plague of 1665, Europe’s last bubonic plague epidemic that is believed to have killed 15 percent of London’s population, up to 100,000 people.

“Historically, plague was responsible for widespread pandemics with high mortality,” according to Charlotte Ndiaye of the World Health Organization (WHO). “It was known as the ‘Black Death’ during the 14th century, causing more than 50 million deaths in Europe. Nowadays, plague is easily treated with antibiotics and the use of standard precautions to prevent acquiring infection.”

Nor is the current plague outbreak comparable to the Ebola crisis of 2014, which claimed the lives of more than 11,000 people.

“We’re dealing with a different disease in an entirely different setting,” Ndiaye said, in an WHO fact sheet. “Plague is more easily treatable than Ebola if detected early, and with relatively simple interventions. [The] best chance of survival is to come forward for treatment as early as possible.”

So far, the plague has spread to 20 districts in 10 different regions in Madagascar. But the good news is that the plague is treatable and that the current outbreak can likely be managed.

WHO has sent 1.2 million doses of antibiotics to not only treat the current epidemic but prevent it from spreading. Up to 5,000 infected people will be able to be treated and an additional 100,000 who may have been exposed can be given prophylactics.

The WHO has also released $1.5 million in emergency funding to help Madagascar cope with the outbreak. Additionally, the Malagasy Red Cross has mobilised 700 volunteers to trace the disease, monitor the infected, and provide community awareness.

As further precautions, schools across the country have been closed, the government has banned crowds from gathering, and people throughout Madagascar are wearing facemasks to prevent further spread of the disease.

Ndiaye added that the “risk of international spread is low”.

If the risk of spreading is low, why the alarm?

There are two things that make the most recent outbreak unusual, and which have drawn concern from doctors, medical organisations, and NGOs across the world.

Firstly, Madagascar has seen almost annual outbreaks of the plague since the 1980s. Typically, around 600 cases of plague are reported each year. But these are mostly bubonic.

This time, however, the vast majority of cases are pneumonic – spread person to person – which has rapidly increased its transmission and complicated its containment.

Secondly, a number of cases are concentrated in Madagascar’s densely populated capital, Antananarivo, home to roughly 2.7 million people, as well as in other cities.

The disease is known to strike remote, isolated areas of the country, so the emergence in a bustling metropolis is uncommon and alarming. The risk of transmission is now dramatically increased.

Why has the disease reached Madagascar?

It is believed that the current outbreak began in August, when a 31-year-old man thought to have malaria travelled by taxi from the central highlands, through Antananarivo. He was on his way to the coastal city of Toamasina.

He had, in fact, not contracted malaria, but the pneumonic plague. He died in the taxi that was carrying him. But the damage was already done: he spread the infection to several people with whom he crossed paths in Madagascar’s capital.

In this case, the plague is symptomatic of poverty. A lack of sanitation, clean water, basic hygiene and health facilities have made the country a breeding ground in certain rural parts of the country.

The hot climate and forest fires are to blame, too, which have traditionally forced rats to flee into inhabited areas, where they nest and breed in the straw roofs of village houses.

“In the past, we only saw outbreaks in rural areas,” said Julie Hall, chief of staff and special adviser on health at the International Federation of Red Cross and Red Crescent Societies.

“Now, unfortunately, we’re seeing cases in urban areas,” she told Al Jazeera. “Many of those urban areas are very crowded with poor sanitation a lot of people living very closely next to each other. So that makes it more of a concern when you have spread from person to person.”

Madagascar is not alone. There were 3,248 cases of plague reported globally, including 584 deaths between 2010 and 2015. The Democratic Republic of Congo, Peru, and India also see regular cases of the plague. But the disease has the tendency to pop up elsewhere.

“In the southwest United States – in dry states like Arizona, New Mexico, Colorado – you get rodent populations that still carry the disease,” said Walker, the London-based Osteologist. “And occasionally, there might be someone out there who gets too close and can get infected.”

According to the Center for Disease Control and Prevention, 16 cases of plague were reported in the US in 2016, which resulted in four deaths.

Will the plague ever disappear?

Although the plague is often associated with the Middle Ages, it has never disappeared and probably never will. But steps can and should be taken to prevent outbreaks in Madagascar and other parts of the world.

Significant strides need to be taken in remote, rural, and impoverished regions of Madagascar. This also includes building new hospitals, updating infrastructure responsible for sewage and sanitation, as well as ramping up pest control. The country already has a heightened surveillance apparatus to detect plague outbreaks, but more can be done.

“We hope that we won’t see [more] outbreaks,” said Hall, the Red Cross doctor. “We can get those under control, but certainly controlling the disease in animal populations would require enormous investments in environmental sanitation, and much better water sewage systems. With our increasing population and particularly increasing urban population, this may well be another wake-up call to really invest in proper sanitation and proper infrastructure.” 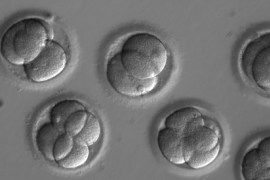 New laboratory research suggests scientists have made a big step towards preventing a list of inherited diseases. 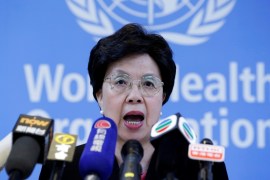 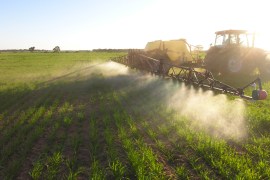