Turkish President Recep Tayyip Erdogan has said that the US embassy’s decision to suspend all non-immigrant visa applications was very, very “saddening”, as he justified the tit-for-tat response by Ankara.

“For the (US) ambassador in Ankara to take a decision like this, to put it into practice, is saddening,” Erdogan said in a joint news conference on Monday with his Ukrainian counterpart Petro Poroshenko in Ukraine’s capital Kiev.

The Turkish president said that he had immediately ordered a retaliatory measure that resulted in the Turkish embassy in Washington issuing an almost identical text to the US’ announcement.

Ankara summoned the US embassy’s second-in-charge, asking that Washington review the decision that caused “unnecessary escalation” and “victimised” both Turkish and US citizens, a Turkish Foreign Ministry official said.

“It is Turkey’s right to try a Turkish citizen for acts carried out in Turkey,” said Justice Minister Abdulhamit Gul. “Everyone should follow (legal procedures) with respect.”

Later on Monday, prosecutors summoned another Istanbul mission staffer in an escalating crisis. Turkish authorities say that both Topuz and the second unnamed employee have no diplomatic immunity or title.

“Turkey and the United States have been natural allies, Turkey has always been a point of stabilisation in the region, both in military and political terms,” she said, adding that there is lack of trust now.

“As far as I know, when American president Donald Trump and Turkish President Erdogan speak on the phone, they would have a way out of this crisis.”

The US move is believed to be motivated both by Washington’s concern over Ankara’s Syria policy, and by last week’s arrest of a US embassy employee Metin Topuz, who allegedly had information on American involvement in the 2016 failed coup attempt, a senior Turkish official told Al Jazeera.

The unprecedented development marks a major fallout in bilateral relations between the two NATO allies.

Topuz, a Turkish citizen, was accused of having links to the organisation of Fethullah Gulen, an exiled religious leader and businessman based in the US and wanted in Turkey. Ankara accuses Gulen of masterminding the July 15 coup attempt that killed more than 300 people.

Burhan Kuzu, an adviser to Erdogan and a senior MP of the ruling Justice and Development Party, earlier told Al Jazeera that the US was disturbed by the detention of Topuz, as he had information about US involvement in the coup attempt.

“The US was irritated by this development as its [Washington’s] role in the coup attempt might be revealed through this individual. The visa move came in order to pressure Turkey to give up this person,” he said.

On Friday, John Bass, the outgoing ambassador to Turkey, said at a press briefing that the arrest and related reports in the Turkish media did not strike him “as pursuing justice” but “more a pursuit of vengeance”. 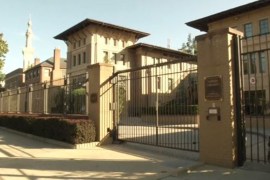 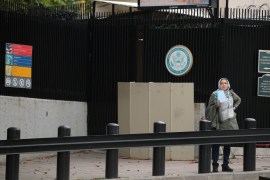 What prompted the US-Turkey visa dispute?

Visa suspension was a reaction to Ankara’s Syria policy and the arrest of a US embassy employee, Turkish official says.