Montreal, Canada – Jagmeet Singh has been elected the new leader of Canada’s New Democratic Party (NDP), a result the leftist party hopes will reinvigorate its support after a disappointing showing in the last federal election.

Singh was elected with 53.6 percent of the vote, the NDP announced on Sunday afternoon.

“I don’t have the words to capture this journey and how this feels right now,” Singh, surrounded by his family and campaign team, told a crowd of NDP members in downtown Toronto.

A total of 65,782 votes were cast in the leadership contest, as NDP members filed ranked ballots between September 18 and early afternoon on Sunday.

Singh, who is Sikh and wears a turban, beat three other NDP leadership hopefuls to become the first person of colour to lead a federal political party in Canadian history.

READ MORE: Who is Jagmeet Singh?

“We are the party that is building a better Canada,” Singh said on Sunday.

“And it is in us that you can see the future of our country [and] how great our country will be with a New Democratic government.”

Before jumping into the leadership race last May, Singh was a member of the Ontario provincial legislature, representing a riding in Brampton, a large suburb just outside of Toronto.

He will lead the NDP from outside the House of Commons until he can run for election at the federal level.

A lawyer by profession, Singh ran for the party’s top spot under the slogan: “With Love and Courage”.

He has vowed to raise taxes for Canadians with the highest incomes, decriminalise drug use, raise the minimum wage to 15 Canadian dollars ($12) an hour and remove children from Canada’s “no-fly list”.

“It’s important that we stand united against all forms of hate,” Singh said after the incident.

NDP supporters hope Singh’s victory will bolster the party after it finished a disappointing third in the 2015 federal elections behind Trudeau’s Liberals and the Conservative Party.

The loss came after the NDP unexpectedly surged to victory in ridings across the French-speaking province of Quebec in what was dubbed an Orange Wave in the 2011 elections.

Singh’s ability to lead the NDP to a strong showing in Quebec, which the party needs in order to have a shot at winning federal elections, has been called into question. Critics say Singh cannot win in a province where the issue of religious head coverings has been contentiously debated for years.

But Singh has rejected that argument outright.

He has been learning French, and said on Sunday that he would be “an ally in the defence of [Quebecers’] language and … culture”.

Singh fundraised the most money out of any candidate and his campaign said it registered 47,000 new party members during the leadership race.

The NDP is hoping the charismatic politician will make the party relevant again and can mount a serious challenge to Trudeau and his ruling Liberal Party.

The next federal election in Canada is set for October 2019. 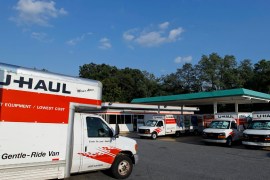