More than 10 people have been killed in apparently coordinated blasts in the capital of Syria, Damascus, according to several sources.

A car bomb went off near a police station in Damascus’ al-Midan neighbourhood on Monday, shortly before two suicide bombers detonated their explosive belts, the UK-based Syrian Observatory for Human Rights (SOHR) said.

The fighters targeted the police station in al-Midan and clashed with police officers there, Mohammad al-Shaar, Syria’s interior minister, said in comments broadcast by state television from the police station.

One attacker blew himself up at the main entrance, and another detonated his explosive device on the first floor, he said.

Footage broadcast by state TV showed bodies wrapped in shrouds at the scene and firefighters putting out flames.

Previous suicide attacks in Damascus have been claimed by both the Islamic State of Iraq and the Levant (ISIL) group and the Hayet Tahrir al-Sham (HTS) alliance, which is led by the group formerly known as al-Nusra Front.

Monday’s attack came a day after SOHR said September was the deadliest month of the conflict this year, with at least 3,000 people, including 955 civilians, killed.

“More than 70 percent of the civilians were killed in regime and Russian air raids, or in air raids of the international coalition” battling ISIL, also known as ISIS, according to Rami Abdel Rahman, SOHR head.

Backed by Russian air raids, the forces of Syria’s President Bashar al-Assad are pressing a battle to retake ISIL-controlled areas in the eastern province of Deir Az Zor.

A US-led international coalition has been providing air support to a Kurdish-Arab alliance, the Syrian Democratic Forces (SDF), also fighting ISIL in its former northern bastion of Raqqa city and Deir Az Zor.

The number of people killed in September was higher due to increased fighting and “intensified air raids of the international coalition and Russia against jihadist bastions in the north and east of Syria, but also due to increased Russian and regime strikes on rebel-held areas”, Abdel Rahman said.

Russian and government warplanes have in the past two weeks increased their strikes on the northwestern province of Idlib, which is largely controlled by HTS.

The 955 civilians killed in September included 207 children, said the SOHR, which relies on a wide network of sources inside Syria for its information.

It said the toll also included 790 government troops and loyalists, 738 fighters from ISIL and HTS, and 550 opposition fighters and SDF members.

Syria’s conflict has killed more than 330,000 people and displaced millions since it broke out in 2011 with a crackdown on anti-government protests before evolving into a complex war drawing in world powers. 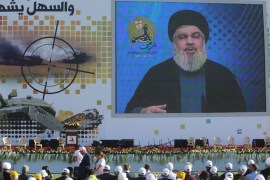 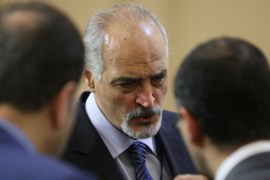