Lebanese group Hezbollah says the Iraqi Kurdish secession vote marked a first step towards the partition of the Middle East, warning it would lead to “internal wars” and must be opposed.

Hassan Nasrallah, head of the Iran-backed group, said at a Saturday night rally events in northern Iraq – where Kurds overwhelmingly voted last week – were a threat to the whole region and not just Iraq and neighbouring states with Kurdish populations.

Nasrallah noted his group’s enemy Israel had come out in support of Kurdish statehood and described the referendum as part of an American-Israeli plot to carve up the region.

The United States came out in opposition to the vote, along with major European states and neighbouring countries Turkey and Iran. The government of Syria, where Kurdish groups have established autonomous regions, also opposed the referendum.

“Israel had no part in the Kurdish referendum, aside from the deep, natural sympathy over many years for the Kurdish people and their aspiration,” Prime Minister Benjamin Netanyahu said on Sunday during a cabinet meeting.

Nasrallah said divisions would also reach other countries in the region including Saudi Arabia, a country he harshly criticised in his speech.

Hezbollah, a political and military movement, is a major player in the Syrian conflict, where it has deployed thousands of fighters in support of President Bashar al-Assad.

Hezbollah fighters are currently fighting along with other Iran-backed militias and the Syrian army against Islamic State of Iraq and the Levant (ISIL, also known as ISIS) fighters in eastern Syria.

“Daesh is at its end. It is a matter of time in Iraq and Syria,” Nasrallah said, using an Arabic acronym for ISIL.

He said counterattacks mounted by the group in eastern Syria in the last two days were expected as it was besieged, adding ISIL was “incapable of recovering ground”. 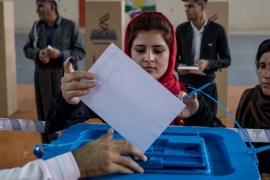 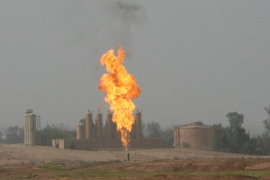