Pro-government Iraqi paramilitaries accused of war crimes are using arms from at least 16 countries, including the United States and Iran, according to an Amnesty International report.

The report released on Thursday said, the predominantly Shia militias have committed war crimes since they were formed in 2014 to support the Iraqi government in its fight against the Islamic State of Iraq and the Levant (ISIL) group.

“International arms suppliers, including the USA, European countries, Russia and Iran, must wake up to the fact that all arms transfers to Iraq carry a real risk of ending up in the hands of militia groups with long histories of human rights violations,” said Patrick Wilcken, an arms control researcher at Amnesty.

Wilcken said the Iraqi authorities have helped to arm and equip the Shia fighters – who are part of the Popular Mobilisation Unit – and pay their salaries.

He urged the authorities to “stop turning a blind eye to this systematic pattern of serious human rights violations and war crimes”.

The London-based rights group used field research and analysis of photo and video evidence since June 2014 to document the arms used by the paramilitaries, which Amnesty said were manufactured in at least 16 countries.

Tanks, machineguns and sniper rifles were among more than 100 types of arms used by the groups, according to Amnesty.

The Sunni Arab community has been targeted by paramilitaries, that have acted with total impunity in carrying out extrajudicial executions, torture and enforced disappearances, among other crimes.

Weaponry has been supplied by Iraqi state institutions or with the authorities’ approval, while militia members have also bought weapons from the private market, including online sales.

Iran was named as a major military sponsor of militias that stand accused of serious human rights violations.

Despite the paramilitaries formally becoming part of the Iraqi military last year, Amnesty said its request to the defence ministry for details of accountability mechanisms went unanswered.

“Instead of unequivocally hailing militias as heroes fighting to put an end to IS [Islamic State] atrocities, thereby emboldening them, the Iraqi authorities must stop turning a blind eye to systematic abuses that have fed sectarian tensions,” said Wilcken.

Amnesty also called on countries selling arms to Iraq to put measures in place to ensure that weapons are not used by militias guilty of abuses. 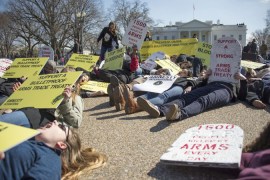 As the arms trade treaty conference fails to reach consensus, what is next for the UN’s efforts to police the planet? 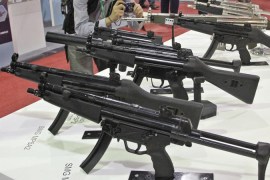 The shift in global arms trade

As a study shows a fall in the international arms trade, we ask how it will affect the armed conflicts across the world. 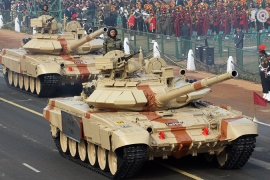 Global arms trade: Who are the winners?

As several countries spend more and more on weapons, we discuss who benefits from the arms business.