President Barack Obama has urged fellow Democrats to preserve his legacy-defining healthcare law, popularly known as Obamacare, as Republicans move ahead with their long-sought bid to repeal it.

The Democrats’ message is that Republicans risk throwing the entire US healthcare system into chaos by moving to dismantle the 2010 Affordable Care Act, without a plan to replace it.

Republicans argue the system is already broken and that they will help more people to gain coverage by repealing the law while working to minimise disruptions to those who depend on it.

Both Obama and Pence visited Capitol Hill for closed-door discussions on Obamacare on Wednesday.

Obama, who hands over the presidency to Trump on January 20, urged Democratic politicians to protect his signature domestic policy measure.

He told reporters his message was to “look out for the American people”.

Democrats acknowledge they lack the votes needed to stop repeal legislation being pushed by Republicans, who will control the White House and both chambers of Congress when Trump takes office.

However, they argue that with no replacement plan in place by the Republicans, the roughly 20 million people who gained insurance under the law could see their coverage in jeopardy.

The 2010 law was passed by Democrats and has been challenged twice by Republicans at the Supreme Court.

Al Jazeera’s Kimberly Halkett, reporting from Washington DC, said: “One aspect of Obamacare most Americans do like is the protection it offers.

“Those with pre-existing conditions like asthma or a prior serious illness can no longer be denied coverage,” she said.

Top Republicans are promising that will not change under any new legislation.

“We don’t want to pull the rug out from under people while we’re replacing this law,” said House Speaker Paul Ryan. 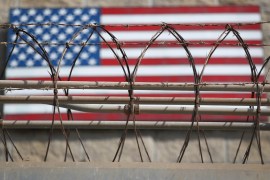 The White House ignores President-elect Donald Trump’s demand for a freeze on transfers from the Guantanamo Bay prison. 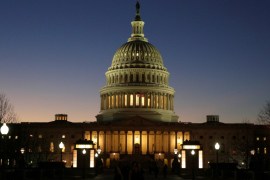 Lawmakers reverse plan to gut Office of Congressional Ethics after backlash, including criticism from president-elect.