India’s top court has banned the use of religion and caste in political activities in the run-up to state polls, where such affiliations often determine the fate of campaigns.

Most political parties select candidates in various districts based on caste and religious considerations.

The court ruling said: “Religion has no role in electoral process which is a secular activity. Mixing state with religion is not constitutionally permissible.”

The ruling came in response to a wave of petitions and a plea that dates back to 1990, as politicians such as Indian prime minister Narendra Modi’s Hindu nationalist Bharatiya Janata Party (BJP) has allegedly used religion and caste as a tool to garner votes and thrive to power.

cannot be used as an instrument to fight back”]

But the ruling has also drawn criticism.

Kancha Ilaiah, a prominent writer and political scientist based in Hyderabad, told Al Jazeera that the inclusion of caste in the judgement was “unfortunate”.

“The judgement said mobilising voters on the basis of caste, race, language and religion amounted to corruption,” he said.

Ilaiah, who belongs to the low-caste Dalit community, said the judgement undermines the ability of his social class to use politics as a means for their betterment.

“The Supreme Court now says we cannot use the caste issue for our liberation, for our equality. If they say that, then how do we achieve our liberation? What about the right to speak about my oppression?” Ilaiah said.

“It is as if the Supreme Court has said [our enslavement] cannot be used as an instrument to fight back,” he added.

However, Ilaiah believes the judgement means that parties like the BJP could no longer openly intimidate minorities or use “Babri [a demolished mosque] or beef as part of their electioneering”.

“Whether they will be held accountable, that is a separate issue. They can’t openly intimidate Muslims, for instance,” he said.

Politicians in both the BJP and the Indian National Congress party – the two biggest parties in India – have long used the demolition of the Babri mosque in 1992 as a means to rally Hindus and Muslims around their respective parties.

Likewise, cows are sacred in Hinduism and the move to ban beef in a number of states has also been used an instrument to drive voters.

He told Firstpost the “verdict has once again strengthened the secular stand” of India’s founding principles.

In light of the court ruling, Prime Minister Modi visited Uttar Pradesh on Monday – the most populated and one of the most religiously polarised states in the country.

The BJP is set on winning the upcoming elections in the state, but faces scrutiny by those who doubt its commitment towards the new ruling.

Hindus comprise nearly 80 percent of India’s 1.23 billion people, while Muslims comprise 14.2 percent and the remaining six percent adhere to other religions, such as Christianity, Sikhism, Buddhism and Jainism. 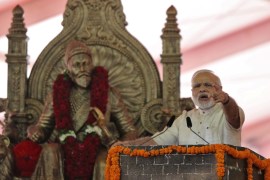 At 192 metres and costing $530m, the memorial off Mumbai’s coast will be twice the size of the Statue of Liberty. 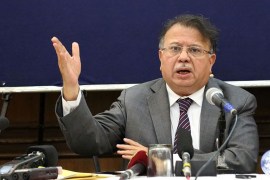 People’s Tribunal calls for compensation for people wrongfully convicted and for accountability for erring officials.