Somalia’s al-Shabab group says its fighters killed dozens of Kenyan troops when they attacked a remote military base in the country’s south, while Kenya’s army dismissed the report and said “scores” of fighters were killed.

A spokesman for the armed group, which often launches attacks on African Union troops stationed in the Horn of Africa country, said on Friday that its fighters killed at least 57 Kenyans at the base in the town of Kulbiyow a day earlier.

“We are pursuing the Kenyan soldiers who ran away into the woods,” Sheikh Abdiasis Abu Musab, al-Shabab’s military operation spokesman, told Reuters news agency about the attack near the Kenyan border.

“Two mujahideen rammed suicide car bombs into the base in Kulbiyow town before storming it,” he said, adding that as well as counting 57 Kenyan bodies, the group seized vehicles and weapons.

Al-Shabab said it lost fighters but did not give numbers.

The group also claimed to have taken over the base, run by the African Union Mission In Somalia (AMISOM).

The Kenyan army denied the claims, calling them “false”.

“Al-Shabab is known for propaganda, whatever they are saying about the attack is incorrect, including the number,” a Kenyan defence forces spokesman, Colonel Paul Njugunam, told Al Jazeera.

“As of now, we cannot say anything about what is happening on ground, but once the operation is over, we will have concrete details and numbers. However, it was a bad day for al-Shabab and we shall continue repulsing them.”

In January last year, al-Shabab said it had killed more than 100 Kenyan soldiers in El Adde, a Somali camp near the border with Kenya.

The Kenyan military never gave details of casualties, but Kenya media reports suggested a toll of that magnitude.

Al-Shabab’s assessment of casualties often differs markedly from official versions. The group, which once ruled over much of Somalia, has lost major urban strongholds and ports to the UN-backed government in Mogadishu.

It wants to topple the Mogadishu-based government and drive out the peacekeepers made up of soldiers from Kenya, Djibouti, Uganda, Ethiopia and other African countries.

AMISOM and Somali troops have often struggled to defend smaller and more remote areas from attacks.

Al-Shabab has been fighting for years to impose its strict interpretation of Islam on Somalia. The group was driven out from Mogadishu in 2011. 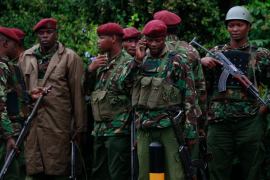 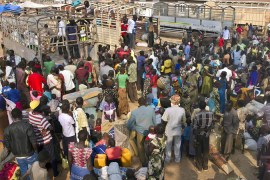