US President Donald Trump on Thursday issued a stern ultimatum to Mexico’s President Enrique Pena Nieto, saying it was “better to cancel” his upcoming visit to Washington if he was unwilling to foot the bill for a border wall.

“The US has a $60bn dollar trade deficit with Mexico. It has been a one-sided deal from the beginning of NAFTA with massive numbers of jobs and companies lost,” Trump said on Twitter.

“If Mexico is unwilling to pay for the badly needed wall, then it would be better to cancel the upcoming meeting.”

Pena Nieto condemned Trump’s move to build a border wall , and insisted that his country has no intention of paying for it.

Without mentioning the trip, Pena Nieto said that he would wait for a report from a high-level Mexican delegation holding meetings in the US capital this week and consult governors and MPs before deciding on “the next steps to take”.

The order, signed on Wednesday, will enable the building of “a large physical barrier on the southern border”, White House spokesman Sean Spicer said. 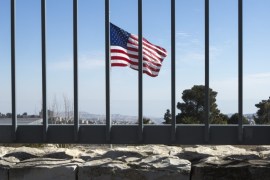 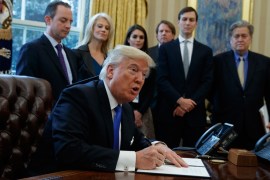