Forces loyal to Libyan renegade general Khalifa Haftar have said that they had taken one of the last remaining strongholds of an al-Qaeda-linked group in the eastern city of Benghazi.

Two other LNA officials confirmed to AFP news agency that Qanfouda, the scene of fierce fighting since June against Ansar al-Sharia, had fallen.

Jamal al-Zahawi, an LNA commander, told broadcaster Libya Channel that his forces have freed more than 60 people from captivity, following the fighting.

No casualty numbers were provided in the latest fighting.

Another official, however, said there were still pockets of resistance from Ansar al-Sharia, which is linked to al-Qaeda in the Islamic Maghreb, in the districts of Al-Saberi and Souq al-Hout.

Regaining Qanfouda is part of a military campaign launched in mid-2014 under Haftar, who repeatedly said his aim is “to drive radical Islamists” from Benghazi.

But Libya descended into chaos after Gaddafi fell, with several armed groups, including the Islamic State of Iraq and the Levant, gaining a foothold in the north African country.

The UN-backed Government of National Accord based in the capital, Tripoli, has failed to assert its authority over the country, while a rival group backed by Haftar runs a separate administration from the eastern city of Tobruk. 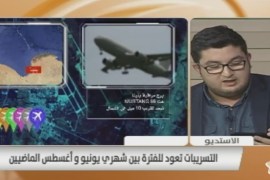 Libyan media release recordings of conversations between “US pilots and airbase controlled by renegade general Haftar”. 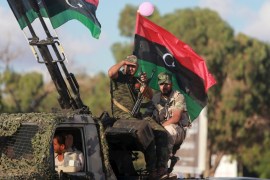 At least 22 dead and 20 others wounded in powerful car bomb attack as alliance of armed groups claims responsibility.