The daughter of Pakistan’s prime minister, Nawaz Sharif, was involved in the Panama Papers scandal, a German newspaper said, as it backed up an earlier claim.

For those in #Pakistan who doubt the role of the prime ministers daughter Mariam Safdar in #panamapapers – some of the docs. Judge yourself. pic.twitter.com/DCd45aTxTK

According to the ICIJ, a non-profit group in the United States, these firms were involved in the purchase and mortgage of at least $13.8m in UK properties. One of the holding companies also bought shares in another, Liberia-based, company for $11.2m in August 2007, the documents show.

Owning off-shore companies is not illegal in Pakistan, but the Sharifs are being challenged on the source of the funds. Opposition politicians allege the funds were gained through corrupt practices during Sharif’s previous two stints as prime minister in the 1990s.

Allegations of corruption against the Sharif family are being heard in Pakistan’s Supreme Court.

Prime Minister Sharif told the court in a written submission last year that the leak was not the proof against him, as his children were not his dependents.

He said he was not holding any offshore companies. Sharif also claimed that he had paid tax and declared all of his assets in 2013.

The story garnered wall-to-wall coverage and dominated front pages of newspapers across the world.

ICIJ coordinated the reporting, with 376 journalists from 109 news organisations and 76 countries poring over the files. 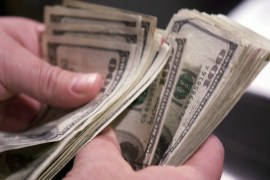