Aleppo is one of the key battlegrounds in the Syrian war.

Since that conflict started in 2011, the northern city has been the stage of hard-fought battles.

At least four major factions keep fighting for control of the strategically important city, which has seen some of the worst violence of the conflict.

During the last three months of 2016, the Syrian army, with the help of the Russian military, has been able to reconquer most of the city. 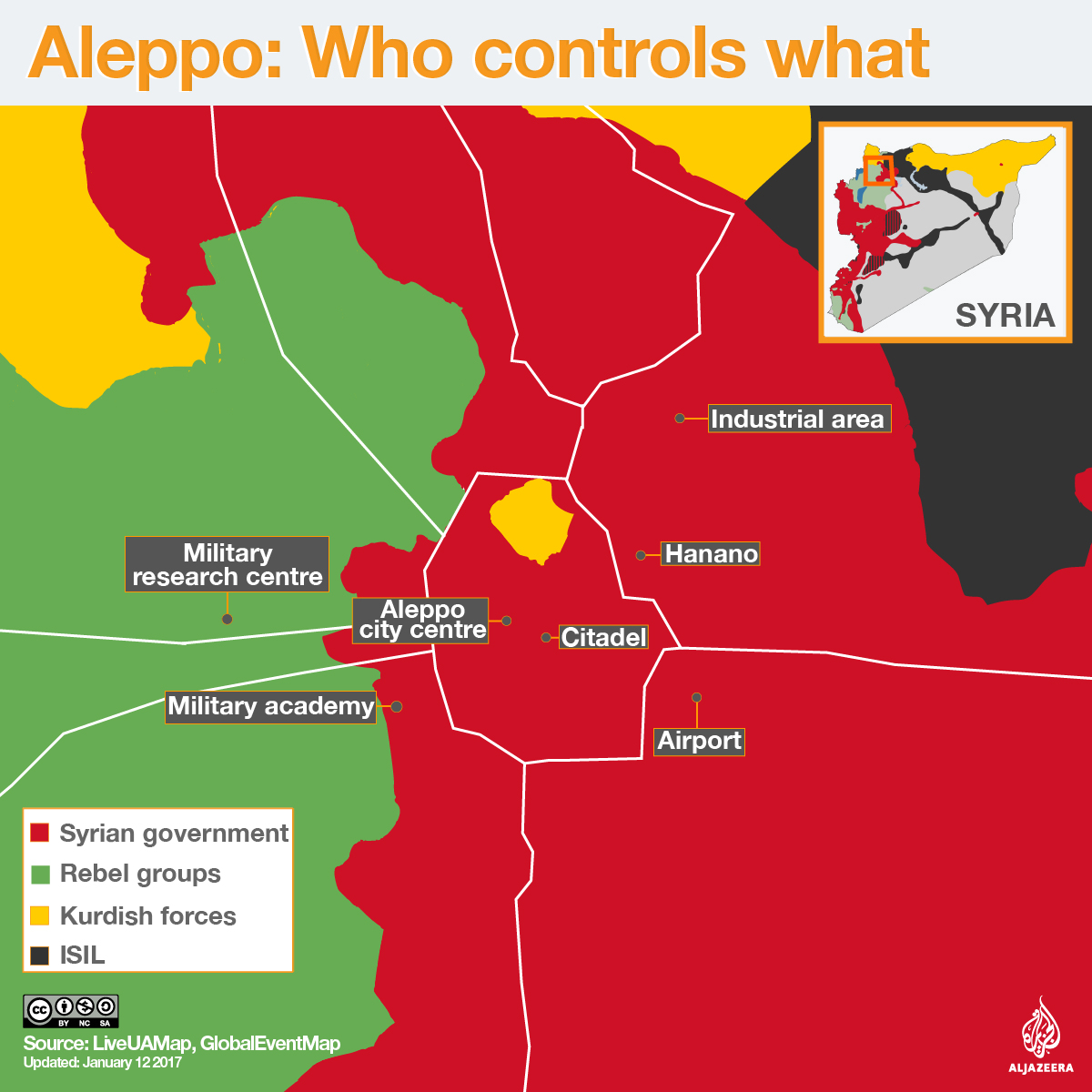