Thousands of locals and expat Americans have taken to the streets in several cities in New Zealand and in Australia, kicking off the global Women’s March on Washington movement following the inauguration of Donald Trump, the US president.

In Sydney, Australia, thousands of people gathered on Saturday to march through the city.

Organisers said the demonstration was more than just about Trump.

“We’re doing this because we don’t want to stand by and let the bigotry rhetoric of Donald Trump prevail,” Ayebatonye Abrakasa told Al Jazeera.

So there's a misogynist in the White House, but there are millions of feminists in the streets#WhyIMarch#WomensMarch #WomensMarchLondon

Local media in New Zealand reported that more than 1,000 women, men and children marched in the country’s biggest cities, Auckland and Wellington.

What began as a single march planned for Washington, DC, has expanded to sister marches in US cities and around the world.

Organisers say that thousands of rallies were planned in US and international cities.

“I’ve always had a passion for women’s issues, in particular, and this really is a time that we need to put down our lattes, pick up a sign and start marching,” Californian-born march organiser Cindy Buell, who has lived in New Zealand since 2005, said in a press release in advance of the march.

In Washington, celebrities including Janelle Monae, Scarlett Johansson and Ashley Judd will appear at the demonstration that is expected to draw some 200,000 people.

The idea of a rally led by women went viral on social media after Trump won the US election on November 8.

It then coalesced into an organised march, with a committee made up of activists such as Tamika Mallory, Carmen Perez, Linda Sarsour and Bob Bland.

"My mother was at the March on Washington with Dr. King. This is my chance to follow in my mom's footsteps." #WhyIMarch #WomensMarch

Bland is credited with creating t-shirts emblazoned with “nasty women”, a phrase Trump once used to describe his main Democratic rival Hillary Clinton.

There were early concerns that the march was spearheaded by only white feminists.

Women’s March on Washington later released a statement saying the march was “a women-led movement bringing together people of all genders, ages, races, cultures, political affiliations and backgrounds”.

At least 45,000 people with  disabilities were expected to march, organisers told Vox Media. 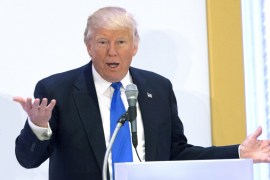 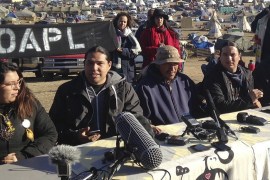