Dozens of people have fled their homes in the Iraqi city of Mosul as security forces battle to retake it from the Islamic State of Iraq and the Levant (ISIL, also known as ISIS) group.In the latest push by Iraqi forces to seize the northern city from the armed group, families have escaped their houses for the first time in days.

“It’s been three days and this is the first time we have come out. The door was completely closed,” Hasna Yassin, a resident of Al-Intisar neighbourhood in Mosul, said.

There are thought to be one million people still living in Mosul.

Residents have been told to remain inside their houses until the Iraqi military controls the whole city, which could take up to three months according to Iraq’s prime minister Haider al-Abadi.

The military says it has taken back more than 60 percent of the city since the offensive began in October. Iraqi special forces have been doing most of the fighting.

Iraqi troops resumed the Mosul operation in the eastern part of the city after a two-week lull.

A senior US military commander in Baghdad is confident of the army’s advance into the city.

“They have continually been progressive – become better and better,” Rick Uribe, US brigadier-general, said.

“I think the forces right now, the Iraqi security forces, as we sit here today on January 1st, 2017 are at their peak and I think they will continue to improve because of the lessons they are learning on a daily basis.”

The battle for Mosul is the biggest Iraqi military operation since the 2003 US-led invasion.

ISIL overran large areas north and west of Baghdad in 2014, but Iraqi forces, backed by US-led air strikes, have since regained much of the territory they lost to the group. 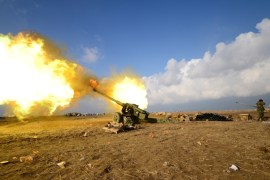 Iraqi forces launch the “second phase” of the battle to retake eastern Mosul from ISIL. 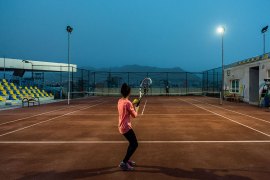 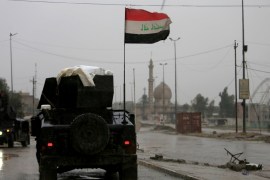