Egypt has for the second time extended the detention of an Al Jazeera journalist by 15 days, pending further investigation.

Mahmoud Hussein, an Egyptian national and journalist with more than two decades of experience, was arrested on December 20 after arriving at Cairo’s international airport for a holiday.

On January 4, when his detention was due to expire, authorities extended his arrest for a period of 15 days “pending a further investigation.” His detention was again extended on Wednesday.

Five days after his arrest, Egypt’s interior ministry accused him of “incitement against state institutions and broadcasting false news with the aim of spreading chaos”.

Al Jazeera rejects the charges against Hussein and calls on Egypt to release him immediately .

“Al Jazeera deems all accusations against Hussein, including those which might be added later to the current allegations, to be a result of practices which violate international norms and conventions, and which, unfortunately, prevail in Egypt as exposed by human rights organisations,” the network has said in a statement.

Hussein, who lives in the Qatar’s capital, Doha, joined Al Jazeera in Egypt in 2011. He had moved to the network’s headquarters in Qatar in 2013.

The journalist’s defence team said on Monday that Egyptian authorities denied him the right to contact his lawyers and see his family members.

Hussein has complained of suffering constant mistreatment, being denied his legal rights, and being kept in an individual cell that does not permit the entry of food or clothing.

Commenting on Hussein’s arrest, the United Nations has previously called on the Egyptian authorities to comply with their commitments to protect freedom of expression.

Stephane Dujarric, spokesman for the UN secretary-general, said the world body has been following the latest developments in Hussein’s case.

“We appeal for this case to be resolved in accordance with Egypt’s own international obligations to protect freedom of expression and freedom of opinion,” he said in a press briefing statement on January 6. 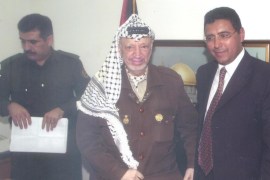 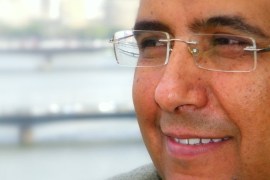