As the Netherlands gears up for general elections, now two months away, a new political party aims to fight back against the rising tide of Geert Wilders’ right-wing populism.

Despite receiving a barrage of hate mail and threats, TV-presenter-turned-politician Sylvana Simons will enter the poll on March 15 as leader of Artikel 1.

In a country that prides itself on its supposed inclusiveness, Simons has raised the ire of many on the right by focusing her programme on eradicating institutional racism.

Utilising her TV fame, Simons has become one of the most prominent faces of a counter-movement to blunt a xenophobic surge in the Netherlands.

You can't be black, female, politically involved and try to shape the society you live in without angering some people.

But her new career as a politician came at a price, as she was put under police protection after threatening messages and memes started appearing online.

In one attack, her face was superimposed on an image of a lynched slave and widely circulated on the internet. In another, she was the butt of popular racist song that called on her to “pack her bags” and leave the Netherlands.

The Dutch government has addressed some grievances seen as discriminatory by Dutch citizens of foreign origin. Last year, it banned the word “allochtoon”, used to describe immigrants.

Additionally, elements of a children’s Christmas festival featuring a character known as “Black Pete” have been altered to prevent causing offence to the black Dutch community. But Artikel 1 says this does not go far enough.

A total of 25 parties will be competing in the Dutch parliamentary elections. Wilders’ Freedom Party is leading in the polls by a large margin but none of the parties are expected to secure an outright majority.

Al Jazeera spoke to Simons as she campaigned for a seat to raise the concerns of the most marginalised groups in Dutch society.

What made you decide to enter politics after a television career?

There was a moment in a popular Dutch show when a guest made a racist remark and I called him out over it. Viewers started sending in comments such as “go back to your country”. It made me realise racism is accepted in the Netherlands; it’s OK to be racist.

I realised that people haven’t been taught about their colonial history and how certain groups of people have come to live in the Netherlands.

But I was encouraged that many people also wrote me, saying I had made it easier for them to speak out against racism. So the next logical step was to enter politics since I have a platform to address change.

What does Artikel 1 represent and who is it appealing to?

Our party’s name is based on the first article of the Dutch constitution which aims to protect civilians from the government. It’s a moral compass to our society to ensure we don’t exclude anybody. But in practice, it’s clear it isn’t working. Some communities are under pressure and there isn’t justice and equality for everyone.

How is Artikel 1 different from other Dutch political parties?

Artikel 1 is not founded by politicians. I am an ordinary Dutch woman.

We are the only party standing up to Geert Wilders. All of the other parties are part of the establishment. They’ve existed for years and have given in to xenophobic sentiment. They have cuddled up to the right out of fear of losing voters and stood by as things got worse.

You’ve met heavy resistance, including racist and sexist threats and insults. Do you think this is indicative of the Netherlands?

When you've gained wealth through slavery and colonialism, you will build courts, police and judiciary based on that system.

Racism, sexism and Islamophobia are widespread, not just in the Netherlands but in most parts of Western Europe. I was tolerated when I was an entertainer. But you can’t be black, female, politically involved and try to shape the society you live in without angering some people.

When I started speaking out one of the first comments was that I didn’t “know my place”. I’ve known my place my whole life! If you are not white, heterosexual and male, this country suggests you have to be treated differently.

Is the Netherlands institutionally racist?

When you’ve gained wealth through slavery and colonialism, you will build courts, police and judiciary based on that system. The problem is when you say such things out loud it sounds as if everyone is being racist on purpose all the time. That’s not true, but the way the society is shaped is racist and divisive.

For example, women are paid less than men for doing the same job, Muslims and non-Muslims are treated differently in courts. Children from ethnic backgrounds and lower social economic backgrounds are being underscored and excluded from making progress in elite fields.

Artikel 1 wants to make people aware of these inequalities and hold government to serving them.

What can you contribute to building a more diverse Netherlands?

We want to represent all of Dutch society and our list of candidates alone shows we are truly reflecting the Netherlands. We have equal numbers of men and women. We have gay, lesbian, and transgender candidates. We are normalising what is already normal in society.

We are a new and unconventional voice in society. We are emancipating people and politics. 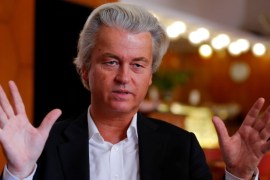 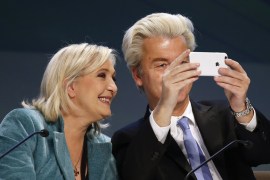