In the first event of its kind, Palestinians in the Chilean capital Santiago participated in a week of events this month, aimed at raising awareness and rallying Palestinians across Latin America.

The weeklong project, led by UK-based Palestinian activist Ziad el-Aloul, involved a delegation of journalists and more than 60 community leaders from across the South American continent, as well as members of the Palestinian collective.

Chile is home to the largest Palestinian minority outside the Middle East, which numbers approximately half a million. Palestinians make up about 2.5 percent of the coastal country’s 17 million population, and constitute a main element of the state with their hands in major banks, real estate, stock market and the agriculture sectors.

Chile was among the first countries to recognise Palestine as an independent, free and sovereign state in 2011.

Al Jazeera spoke with el-Aloul to find out more about the purpose of such a mission.

Al Jazeera: What are the activities that took place in this week of events?

Ziad el-Aloul: We had a group of journalists who attended a week, mainly centred on awareness, of seminars and workshops. Many of these events were cultural and celebrated the heritage of Palestine; we had exhibitions on the Nakba, Palestinian villages and traditional products.

There were also lectures, and sessions with politicians to discuss how we can unify the Palestinians in Latin America. We met Francisco Chahuan, who is a Palestinian candidate for the Chilean presidency in the next elections. About 60 delegates from 14 different Latin American nations also attended the week of events.

It was mainly about reviving Palestinian identity and reinforce the feeling of attachment to the homeland for Chilean Palestinians.

Al Jazeera: What are you hoping to get out of this trip?

El-Aloul: In Latin America, despite the fact that 99 percent of the Palestinians hail from the same towns in Palestine – Bethlehem, Beit Jala and Beit Sahour – the same families in for example Lima and Santiago do not know each other. That is why we decided to rally these people and unite them under the umbrella of a Palestinian conference.

We aim to work on holding an annual Palestinian conference in Latin America, which will give people a chance to meet and strengthen the community. The next conference will be held in October.

We also want to create a parliamentary group for Palestinian politicians in Latin America to act as a lobbying tool. This group could create political pressure, with their links to northern America and Europe, in the United Nations and so on. These politicians will unite under one umbrella and they will work for Palestine. It will be a group for 300-400 parliamentarians across the continent.

We aim to reach every single Palestinian in the community. We want everyone and their families to focus on their identity and know their homeland – connect with their roots. Most Chileans do not speak Arabic, but if you walk through the streets, you will realise what it means to be attached to your homeland. Palestinians here breathe and live Palestine. They have strong connections, even though they migrated more than a 100 years ago. There are Palestinian restaurants and coffee shops, you see the flag everywhere and stickers of the flag on cars, shops, and so on.

We are also working on getting the Chilean parliament to join the campaign calling for Britain to apologise for the Balfour Declaration on the 100th anniversary of the document in next October.

OPINION: Palestine present more than ever in Latin American politics

Al Jazeera: How influential are Palestinians in Chile? Do you think they could have an impact?

El-Aloul: Ten percent of the Chilean parliament members are of Palestinian descent. They have been here since the 1870s and they worked in the most essential sectors, such as agriculture. They are a part of the country’s history and development. Palestinians own about six banks out of the 10 major ones in Chile.

And when you ask them where they are from, they say that they are Palestinian with pride and fearlessness. When they say “Arab” in Chile, they mean Palestinian, because there are very insignificant minorities of other Arabs. They are respected here and are a central element of the state.

In Chile, they have a saying: “Three things one would definitely find in every city and village: a priest, a policeman and a Palestinian.”

Al Jazeera: What was the biggest achievement of this trip?

El-Aloul: These Palestinians have not been active since the 1980s. So this activism is in itself an achievement. Deciding to have a Palestine conference, for which the date has been set in October, and also deciding to have a parliamentary group that would act as a lobby are both big accomplishments.

This group will ultimately be part of the international campaign to pressure the UK to apologise for the crime that it committed [against Palestinians] such as the Balfour Declaration.

We also discussed ways about how this group can put pressure on international governments to end the Israeli siege on the Gaza Strip. 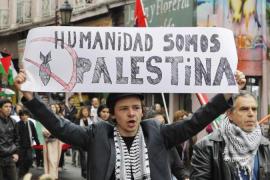 Palestine present more than ever in Latin American politics 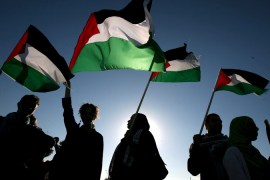 Chile joins other South American nations to recognise Palestine as a “full, free and sovereign” state.