Istanbul’s governor has said a New Year’s Eve nightclub attack that killed 39 people was carried out on behalf of ISIL and that the suspect, an Uzbekistan national, has confessed.

Vasip Sahin told a new conference on Tuesday it was “clear that this was carried out in the name of Daesh,” using an Arabic acronym for the Islamic State of Iraq and the Levant (ISIL) group, also known as ISIS.

Sahin said that Abdulgadir Masharipov, who was arrested on Monday, was believed to have entered Turkey in January 2016, and that he had trained in Afghanistan.

The governor said Masharipov’s fingerprints matched those of the attacker.

Earlier on Tuesday, Prime Minister Binali Yildirim told reporters in Ankara that Masharipov was being questioned by police and expressed hope that the interrogation would unveil the “forces” behind the attack.

Masharipov was caught late on Monday in a police raid on an apartment in the Esenyurt district, which is on Istanbul’s European side.

Photographs from the raid, widely published in the Turkish media, showed a bruised, black-haired man in a gray, bloodied shirt being held by his neck. NTV television said he resisted arrest.

Turkish media initially reported the killer was captured with his four-year-old son, but the governor said the child was not present during the police raid.

Police confiscated $197,000, two weapons and ammunition clips at the apartment.

The state-run Anadolu Agency said a man from Kyrgyzstan and three women – from Somalia, Senegal and Egypt – were also detained in the raid, while Masharipov’s son was taken into protective custody.

READ MORE: Inside Istanbul’s Reina nightclub after the attack

Authorities have been hunting the attacker for more than two weeks, after the bloodbath on the glitzy Reina nightclub on the shores of the Bosphorus.

Hundreds of people had gathered there to celebrate the end of a tumultuous 2016 only to become the first victims of 2017.

Using a long-barreled rifle, the gunman shot a police officer and a civilian outside the club, before storming the premises.

Most of those killed in the attack were foreign nationals, mainly from the Middle East. 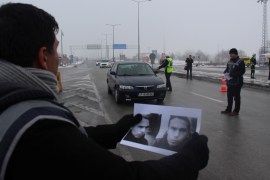 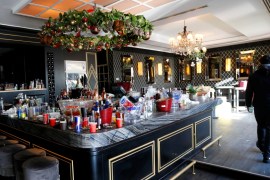 State media reports that tips from citizens led to more detentions as MPs extend the state of emergency. 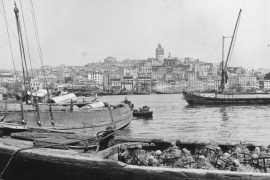 Istanbul was our past, Istanbul is our future

This attack is on the culture of tolerance, on the pluralism of Muslim countries that is represented in Istanbul.