European Union member nations have reacted with surprise and defiance to comments by President-elect Donald Trump, who has said in an interview that he believes NATO is “obsolete” and that more member states will leave the 28-nation EU.

Frank-Walter Steinmeier, Germany’s foreign minister, speaking on Monday before a meeting of EU foreign ministers, said Trump’s view on NATO and criticism that allied members were not paying their fair share has “caused astonishment”.

Francois Hollande, the French president, reacted by saying the EU bloc did not need to be told what to do by outsiders.

“Europe will be ready to pursue transatlantic cooperation, but it will based on its interests and values,” Hollande said before awarding France’s highest honour to outgoing US ambassador Jane Hartley.

“It does not need outside advice to tell it what to do.”

Germany’s Chancellor Angela Merkel said Trump’s positions have been “long known” but added: “I think we Europeans have our fate in our own hands.

“I’m personally going to wait until the American president takes office, and then we will naturally work with him on all levels”.

Though Trump had made similar comments during his tempestuous election campaign, a repetition of the same points still came as a bit of a surprise since his choice for defence secretary, James Mattis, stressed his support for the alliance in his US congressional confirmation hearings last week.

Trump’s views, in an interview with German daily Bild and The Times of London, contradict Mattis, Steinmeier said.

Trump indicated he was indifferent to whether the EU stays together or not, a sharp break from the Obama administration, which encouraged British people to vote to remain in the EU in the June referendum.

“I believe others will leave … I do think keeping it together is not gonna be as easy as a lot of people think,” Trump said in the interview.

The British exit from the EU would “end up being a great thing”, he said.

Boris Johnson, Britain’s foreign secretary, said it’s “very good news that the United States of America wants to do a good free trade deal with us and wants to do it very fast”.

Trump was less kind to German industry officials, saying car manufacturers including BMW could face tariffs of up to 35 percent if they set up plants in Mexico instead of in the US and try to export the cars to the US.

BMW said Monday that the company would stick to its plans to produce cars in Mexico.

“The production is aimed at the world market,” BMW said, according to the German news agency DPA.

“Therefore, the plant in Mexico will complement … the production plants in Germany and China.” 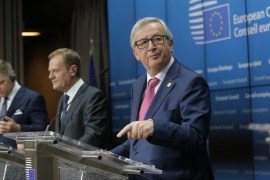 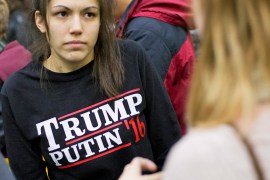 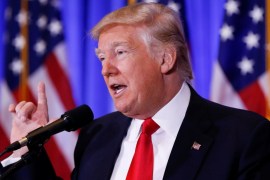