A South African photojournalist has been kidnapped in northern Syria while working for aid group Gift of the Givers, the charity said.

Shiraaz Mohamed, from Johannesburg, was taken by unidentified armed men on Tuesday as he tried to leave the country with other members of the group through the border with Turkey.

Imtiaz Sooliman, founder of Gift of the Givers, said Mohamed, 38, was taken to an unknown location after being stopped on the road near the border by the men.

They removed Mohamed from the car at gunpoint after questioning the other members about his identity.

#ShiraazMohamed Family statement: "We are praying for his safety and immediate release."
MV

They were then blindfolded and driven to a different location before being told that Mohamed would be questioned due to an unknown “misunderstanding”, and would return within two days.

His whereabouts are unknown.

Sooliman said South Africa’s Department of International Relations has been informed of the kidnapping, adding that Gift of the Givers has an idea who the perpetrators are, but that the information cannot be revealed.

Gift of the Givers is a disaster relief organisation mainly active on the African continent, but it is also well-established in northern Syria where it provides medical services and other aid.

Members of the group are working together on the ground to gain information on Mohamed’s location and condition.

Mohamed arrived in Syria on January 4 after planning the trip for months and photographed inside and around the Gift of the Givers hospitals.

He was meant to have left the country on Tuesday, aided by the charity’s members.

On January 9, Mohamed texted his family to say that there was a chance he might be detained before leaving the country.

In a statement to Jacaranda FM, a South African radio station, his family said they were “devastated at the news of his disappearance.

“Shiraaz’s passion for his pictures and for people led him into a distinguished career as an international photographer of note … Last year, he travelled to 12 countries. He flew to Nepal to cover the earthquakes on a solo trip, knowing that he may not return, but did it anyway for the love of photography,” the statement read. 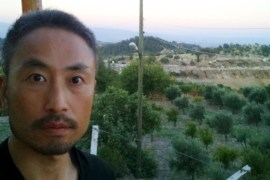 Junpei Yasuda is reportedly being held by al-Nusra Front after he entered Syria from Turkey last summer. 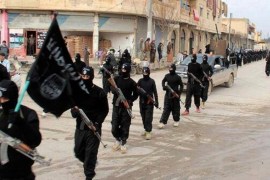