Syrian government workers have entered a formerly rebel-held area near Damascus to begin restoring water to the capital after weeks of shortages, state media reported.

The engineers entered the facilities at Ain al-Fija in the opposition-held Wadi Barada area by agreement with the rebels, the governor said on Ikhbariya channel on Friday.

“We have halted military operations in Ain al-Fija and started reconciliation with the militas there,” said provincial governor Alaa Ibrahim, speaking to reporters from an area near the spring.

“God willing, the pipe will be fixed within three days … rapid measures will be taken to get water to Damascus tomorrow,” he added.

The Syrian Observatory for Human Rights, a Britain-based monitor, confirmed that repair crews had reached the Ain al-Fija spring and that the Syrian flag had been raised in the area.

The reported deal comes after weeks of fighting in the region, 15 kilometres northwest of Damascus, that has threatened a fragile truce in place since December 30.

Earlier on Friday, the army had advanced into Wadi Barada, taking the village of Baseema under heavy fire, the Syrian Observatory said.

The truce brokered by government ally Russia and rebel-backer Turkey  is intended to pave the way for new peace talks in the Kazakh capital Astana, which Russia confirmed on Wednesday were scheduled for January 23.

Syria’s conflict started as a largely unarmed uprising against President Assad’s rule in March 2011, but it has since morphed into a full-scale civil war that has killed hundreds of thousands and displaced more than half of the country’s prewar population. 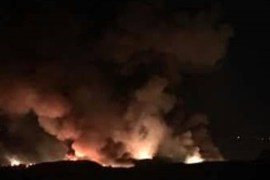 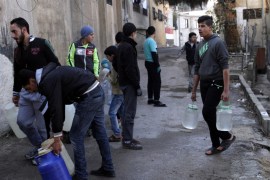