The arrival of thousands of US soldiers in Poland as part of a NATO build-up is a threat to Russia’s national security, the Kremlin has said.

The mission, one of the largest deployments of US forces in Europe since the Cold War, will eventually see more than 3,000 troops and heavy equipment deployed in Poland and other nearby NATO partners on a rotational basis.

“This operation threatens our interests and our security,” Dmitry Peskov, Kremlin spokesman, said in a statement on Thursday.

“This is even more pronounced when a third party [US] reinforces its military presence on our doorstep in Europe.”

READ MORE: US tanks arrive in Germany for NATO mission in Europe

The Atlantic Resolve mission, agreed on at a NATO 2016 summit, was ordered by outgoing President Barack Obama’s administration to calm US allies in Europe after Russia’s 2014 annexation of the Crimea region of Ukraine.

Russian actions alarmed the Baltic states, which worry they could be the next targets of Russian pressure and intervention as Moscow has increased its presence in the Baltic Sea area over the past two years.

The operation comes a week before President-elect Donald Trump’s inauguration, who has announced that his Republican administration will work to ease tensions with the Kremlin amid concern over accusations of Russian intervention in the 2016 US elections.

The first of the arriving troops, reportedly from Fort Carson, Colorado, will be followed with more than 3,000 soldiers, tanks and other military equipment deployed in Poland via Germany and nearby NATO partners.

Among their equipment will be 87 Abrams M1A1 tanks, 20 Paladin artillery vehicles and 136 Bradley fighting vehicles.

The forces will branch out to seven Eastern European countries from Estonia to Bulgaria on a rotational basis within the next two weeks.

In addition to US troops, NATO members Germany, Canada and Britain are also sending up to 1,000 troops, each to the former Soviet republics of Estonia, Latvia and Lithuania.

The arrival of the troops will be announced in official ceremonies on Saturday. 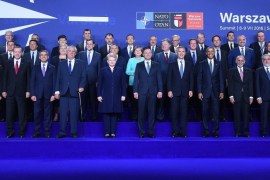 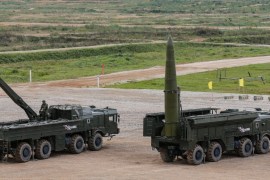