The Senate confirmation hearing for Jeff Sessions, Donald Trump’s choice for attorney general, has been interrupted by protesters.

Two men wearing costumes of the Ku Klux Klan, the white supremacist organisation with a history of fatal racist attacks on people of colour, were ejected from the building on Tuesday after they disrupted the hearing.

Security removed them from the room as they yelled mockingly “You can’t arrest me, I am white!” and “White people own this government”.

Other protesters later erupted in the chant: “No Trump! No KKK! No fascist USA!”

Civil liberties campaigners have seized on Sessions’ voting record and his appearances before groups that espouse anti-Muslim and anti-immigrant views.

He was rejected for a federal judgeship by the Senate Judiciary Committee 30 years ago amid accusations of racism.

In a prepared opening statement, Sessions said that he understood “the history of civil rights and the horrendous impact that relentless and systemic discrimination and the denial of voting rights has had on our African-American brothers and sisters”.

He also said accusations of racism were “damnably false charges”.

In 2005, attorney general nominee Jeff Sessions refused to believe that the U.S. was “systematically abusing prisoners” at Guantanamo Bay.

During a 1994 campaign for Alabama attorney general, Sessions came out in support of chain gangs – the forced labour of prisoners – and life sentences for children as young as 14, the progressive Mother Jones news site reports.

Sessions has also accused the National Association for the Advancement of Coloured People civil rights group and the American Civil Liberties Union of being “un-American”, according to Gerald Hebert, a former justice department civil rights attorney who worked with Sessions in Alabama.

In the hearing, Sessions promised to stand up to Trump, his close ally and future boss, saying he would oppose a ban on Muslims entering the country and enforce a law against waterboarding even though he voted against the measure.

Speaking in New York on Monday, Trump described Sessions as a “high-quality man”.

Sessions said he would not support banning anyone from the United States on the basis of religion and that Trump’s intentions were to restrict people from countries harbouring “terrorists”, not all Muslims. Elected on November 8, Trump at one point campaigned on a proposal to temporarily ban Muslims from entering the country.

Sessions said he favoured “higher intensity of vetting” for refugees seeking to enter the country but that he would oppose ending the US refugee programme.

Separately, John Kerry, the outgoing US secretary of state, said on Tuesday that there has been little contact between officials of the Department of State and Trump’s transition team.

Asked about the transition process at a forum in Washington DC on Tuesday, Kerry said: “It’s going pretty smoothly because there’s not an enormous amount of it.”

Kerry said he had not yet met the man Trump has picked to take over as secretary of state, Rex Tillerson, but expected to do so soon. 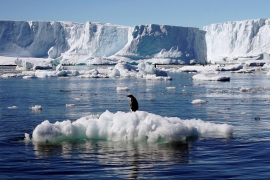 As the planet is approaching a climate catastrophe, Trump is to take office with a climate change denial agenda. 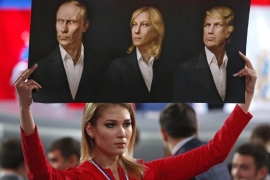