Correction11 Jan 2017
A previous version of the article wrongly stated that President Alassane Ouattara won a second term in the December, 2016, election. The election was parliamentary, not presidential. Ouattara won reelection in 2015.

President of Ivory Coast, Alassane Ouattara, has dismissed the heads of the army, police and gendarmes following a two-day army mutiny that stoked security fears in the country.

Disgruntled soldiers demanding the payment of bonuses and wage increases began their revolt on Friday, seizing control of Bouake, the country’s second largest city, before troops in military camps in cities and towns across the country joined the mutiny.

General Soumaila Bakayoko, the army chief; Gervais Kouakou Kouassi, superior commander of the National Gendarmerie; and Bredou M’Bia, director-general of the National Police, were relieved of command with immediate effect, a presidential statement said on Monday.

The dismissals came just hours after the resignation of Daniel Kablan Duncan, the prime minister, resigned and dissolved the government, a move that had been expected following last month’s elections, but was delayed by the army revolt.

“I have tendered my resignation and that of the government,” Duncan said after a meeting with Ouattara.

The mutiny came to an end when the government reached a deal with the troops and formerly divided rebels.

Ouattara’s ruling coalition strengthened its majority in parliament in the December 2016 election.

Legislative elections, however, are usually followed by a change of government, as a matter of procedure.

Ouattara was expected to announce a new prime minister later on Monday.

Ivory Coast, French-speaking West Africa’s largest economy, has emerged from a nine-year political crisis as one of the continent’s rising economic stars.

However, years of conflict and a failure to reform its army, which includes former rebel fighters and government soldiers, have left it with an unruly force plagued by internal divisions. 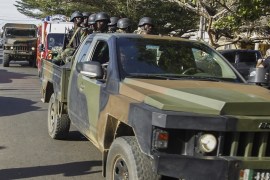 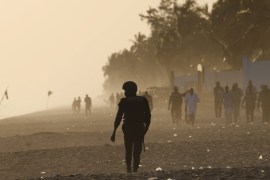