President Yahya Jammeh says the West African community’s decision to send troops into The Gambia to force him to accept defeat in last month’s presidential election, is “a declaration of war”.

Leaders from the Economic Community of West African States, or ECOWAS, deployed troops to The Gambia on Thursday after Jammeh said he would not accept the results of December’s election, in which he lost to opposition leader Adama Barrow.

In a New Year’s message broadcast on Saturday, Jammeh said the “blatant and one-sided” approach of ECOWAS, “disqualified it from providing mediation services”.

“Let me make very clear, we are ready to defend this country against any aggression,” Jammeh said, adding that if ECOWAS did not back down “the impasse will continue with the risk of escalation into a military confrontation”.

He added, “What we are simply and rightfully asking for is to return to the polls and allow the Gambians to elect who they want to be their president in a free and fair election.”

After more than two decades in power, Jammeh, 51, lost a December 1 election to Barrow, a former real-estate agent.

After initially accepting the result, Jammeh later rejected it, alleging irregularities, and filed a petition to the Supreme Court which is due to be reviewed on January 10.

Barrow has insisted he will take office nine days later, as planned, with ECOWAS leaders set to attend the ceremony.

Earlier this month, ECOWAS said it would stage a military intervention, led by neighbouring Senegal, if Jammeh failed to step down and set a deadline of January 19, the day of Barrow’s planned inauguration.

The UN Security Council has called on Jammeh to “fully respect” the election results and ensure Barrow’s safety.

Jammeh has questioned the validity of the count after the electoral commission changed some results, even though it insists the outcome was not affected. 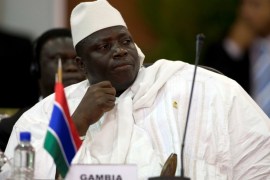 West African states pledge to intervene militarily if Yahya Jammeh does not step down by January 19 after election loss. 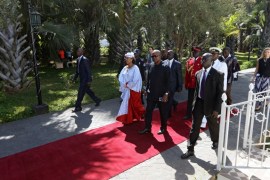