In another high-profile White House departure, US Health Secretary Tom Price has resigned amid an investigation into his costly travel on charter flights at taxpayer expense.

President Donald Trump on Friday called Price a “very fine person,” but added, “I certainly don’t like the optics” around his travels.

Price’s repayment of $51,887 for his own travel costs did not placate the White House. The total cost, including the secretary’s entourage, could amount to several hundred thousand dollars.

In his letter of resignation, the 62-year-old said it was an “honour and a privilege” working under Trump.

READ MORE: Bernie Sanders has a healthcare plan for the US

“Under your leadership, the department is working aggressively to improve the health and well-being of all Americans,” he wrote.

“I have spent 40 years both as a doctor and public servant putting people first. I regret that the recent events have created a distraction from these important objectives.”

The administration will also have to contend with renewed scrutiny of cabinet members’ travel. Following news reports about Price, the House Oversight and Government Reform committee launched a government-wide investigation of travel by top political appointees.

White House budget director Mick Mulvaney has issued a new guidance, reminding the heads of executive branch departments and agencies they are public servants and every penny they spend comes from taxpayers.

An orthopaedic surgeon turned politician, Price was touted by Trump as a conservative policy expert who could write a new healthcare bill to replace the Obama-era Affordable Care Act.

The top House Democrat, Minority Leader Nancy Pelosi, said Price should never have become health secretary because the country needs someone in the job “who believes in healthcare for all Americans”.

Pelosi said Trump should pick a replacement who will stop the administration’s sabotage of healthcare programmes. 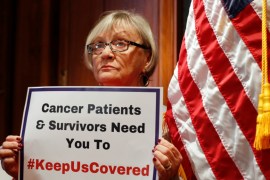 US President Donald Trump has vowed to repeal the Affordable Care Act, but efforts have so far fallen short. 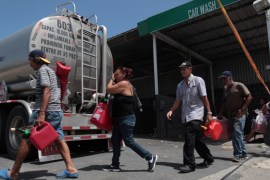