Half of Cambodia‘s opposition members of parliament have fled the country in fear of a crackdown by Prime Minister Hun Sen’s government after allegations of a US-backed coup attempt.

Kem Sokha, leader of the opposition Cambodia National Rescue Party (CNRP), was arrested in the capital Phnom Penh on September 3 and charged with treason for the alleged plot to take power with American help.

The government has said there could be more arrests linked to the alleged plot, which the opposition says is just a ploy to ensure Hun Sen keeps his more than three-decade hold on power in next year’s general election.

“About half are out of the country in fear,” Mu Sochua, one of three deputies to Kem Sokha, told Reuters news agency on Friday. “I’m taking my chances. We cannot live in fear and let the fear paralyse us.”

She said the party was still in contact with those members outside the country as the opposition tries to rally international pressure on the government.

Hun Sen’s ruling Cambodian People’s Party (CPP) has a slim majority in the 123-member parliament, which voted on September 11 to allow the prosecution of Kem Sokha in a vote boycotted by opposition members.

A spokesman for the ruling party said it was an internal issue for the CNRP if its members were abroad.

Spokesman Sok Eysan said the CPP believed in a culture of dialogue, but Kem Sokha’s “criminal act” had destroyed it.

“The ship has left the port so it’s already too late,” said Sok Eysan.

The government has said Kem Sokha’s party could be dissolved if it does not drop him as its leader, something the CNRP has said it will not do.

While the United States, European Union, and United Nations have condemned the arrest of Kem Sokha and called for his release, Hun Sen has support from his close ally China, by far the biggest donor to one of Southeast Asia’s poorest countries.

OPINION: Cambodia rejects paying ‘dirty debt’ to the US

Mu Sochua said she was still hopeful that Western countries would take stronger action against the government, but did not specify what. “A statement alone is not going to help,” she said.

Evidence presented against Kem Sokha so far is a video from 2013, in which he told supporters he has support from unidentified Americans for a plan to gain power.

The opposition says it is evidence of an election strategy, not a coup plot.

If convicted, Kem Sokha could face a jail term of up to 30 years. 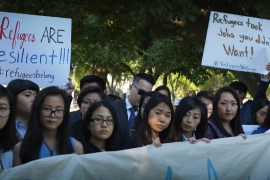 Forced Back To Cambodia

101 East explores how the US continues to deport Cambodian Americans who have committed a crime and served their time. 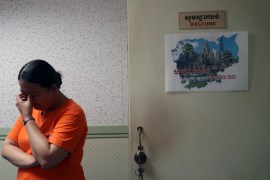 Nearly a dozen stations have had licenses suspended without notice as media crackdown continues ahead of 2018 election.