Beijing has ordered North Korean-owned businesses in China to close by January, cutting foreign revenue for Pyongyang under United Nations sanctions imposed over its nuclear and missile programmes.

China’s commerce ministry said on Thursday that companies, including joint ventures with Chinese firms, have 120 days to close from the date the UN resolution was adopted on September 11.

The sanctions spare, on a case by case basis, entities involved in non-commercial activities or public utility infrastructure projects that do not generate profits.

China has long been North Korea’s diplomatic protector but has gone along with the latest penalties out of growing frustration with the government of leader Kim Jong-un.

The latest round of sanctions approved by the UN Security Council bans member countries from operating joint ventures with North Korea.

The sanctions also ban sales of natural gas to North Korea and purchases of its textile exports, another key revenue source. They order other nations to limit fuel supplies to North Korea.

China, which provides the bulk of North Korea’s energy supplies, announced on Saturday that it would cut off gas and limit shipments of refined petroleum products, effective January 1.

It made no mention of crude, which makes up the bulk of Chinese energy supplies to North Korea and is not covered by the UN sanctions.

With the latest UN sanctions, North Korea could lose up to $800m a year from textile exports, and another $500m a year from its overseas workers, according to estimates by the South China Morning Post.

The Hong Kong-based newspaper also reported that in China, North Korean businesses, mostly in the restaurant industry would be affected. There are an estimated 100 restaurants run by North Koreans, including 26 in the capital Beijing.

In August, China banned North Korean firms and individuals from establishing new companies in its territory following a separate set of sanctions.

On Thursday, the Ministry of Commerce defended its recent imports of North Korean coal as permitted by UN sanctions.

A ministry spokesman, Gao Feng, said imports that were reported in August trade data were allowed by a “grace period” for goods that arrived before the UN ban took effect.

The imports are “in line with the (UN) resolution,” Gao said.

The United States has pressed China to use its economic leverage to force North Korea into giving up its nuclear ambitions. 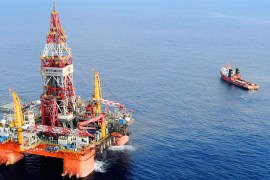 New sanctions by Beijing, a close ally of Pyongyang, also include an import ban on textile products from North Korea. 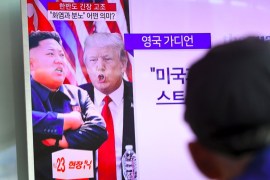 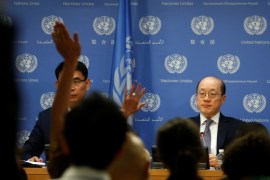