“The court found that the defendant is guilty as charged … the court has sentenced her to five years in prison and the court also unanimously agreed that the sentence will not be suspended,” the judge said.

The maximum penalty for this negligence act is 10 years in jail, and the judges did not offer an explanation for why Yingluck was sentenced to five years.

“The overriding theme of this charge and ultimate conviction is that she did not benefit from the corrupt activities involved in this rice-pledging scheme directly,” Hay said.

Yingluck has not attended court hearings, and it is believed that she has been in hiding overseas for a month.

Prime Minister Prayuth Chan-ocha told reporters before the verdict that he knew where Yingluck was but would not give more details.

Yingluck’s elected government was toppled in a 2014 coup, and she faces up to a decade in jail for negligence over mismanaging a rice subsidy scheme that pumped cash into her family’s rural base in the northeast. Authorities say that this caused the country $8bn in financial losses.

The Supreme Court ruling was supposed to be read on August 25, but the 50-year-old failed to show up, stunning thousands of supporters who had gathered outside. 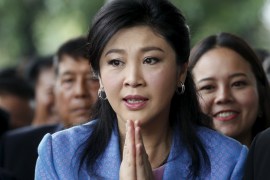 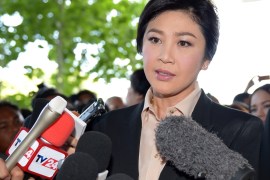 Yingluck Shinawatra maintains innocence at the start of trial that could see her jailed for a decade. 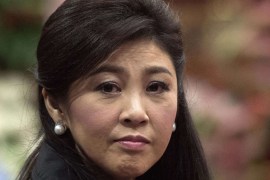