The general election in New Zealand has ended in a stalemate with the ruling National Party falling short of a clear-cut majority to govern for the fourth time, according to official results.

National and Labour had been almost neck and neck in opinion polls, with charismatic 37-year old Jacinda Ardern almost single-handedly dragging Labour back into the race after taking over the party’s leadership in August.

Prime Minister Bill English claimed victory on Saturday after the National Party took 46 percent of the votes and 58 seats – three less than the required 61 needed to govern.

“As things stand we do have the balance of political responsibility and we’re not going to be hasty with that,” Peters told supporters.

“We’ll make a decision in the interests of all New Zealand and New Zealand First, that is the whole country, not ourselves in the party but in the national interest and that will take some time,” he added.

Leader of the minority New Zealand First (NZF) party, Winston Peters, gave no indication which of the two blocs his party would support.

NZF won nine seats from 7.5 percent of the vote.

Negotiations with minor parties mean it could be weeks before a new government emerges.

The Electoral Commission will publish the final result, which would also include ballots cast by New Zealanders overseas, on October 7.

A record 1.2 million votes were cast in advance, but neither major party was expected to win an outright majority.

English, who oversaw a disastrous election loss for the National Party in 2002, became leader last year after his predecessor John Key’s shock resignation. His party has held power for almost a decade.

Ardern, who only became Labour Party leader in August, is vying to become New Zealand‘s third female prime minister and the youngest in modern history.

“This has been an incredibly engaging and colourful campaign for New Zealanders and that isn’t going to be over at midnight,” said Bryce Edwards, an analyst at Wellington-based Critical Politics.

“The most likely scenario is we are going to have to wait two weeks when the final verdict is in from the Electoral Commission because it is just going to be so close,” he said.

TVNZ’s Chris Chang, reporting from Auckland, told Al Jazeera that Ardern “really has been a breath of fresh air for the Labour Party”.

“Commentators have remarked what a change it has been for Labour. Certainly, she has been charismatic throughout the campaign … but whether that is incentive enough to not only give her momentum, but to take her over the line will be another thing entirely,” he said.

English and Ardern were expected to maintain fiscal prudence but will probably differ on monetary policy, trade and immigration. That will likely have implications for the New Zealand dollar, the world’s 11th-most traded currency in 2016.

She also wants to cut migration and renegotiate some trade deals, which some worry could hurt two key sources of growth for New Zealand’s small, outward-looking economy.

“Special votes”, which include ballots from New Zealanders overseas and those who vote outside their home constituencies, will be released on October 7.

READ MORE: Why are there so many Maori in New Zealand’s prisons?

These accounted for around 12 percent of the vote in the 2014 election and could have a considerable effect.

Ardern has called on New Zealanders to ditch “auto-pilot” governance, hoping to ride a global wave of change that most recently propelled France’s Emmanuel Macron to become its youngest head of state since Napoleon.

She turned her flagging party’s fortunes around in a matter of weeks but the National Party, which has pinned its re-election bid on the economy’s strong performance, has regained ground in recent opinion polls. 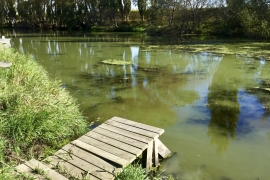 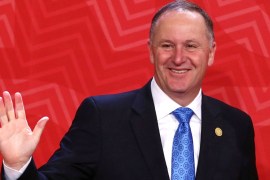 Prime Minister John Key resigns after eight years in power, calling it the hardest decision he has ever made.