An establishment figure has been named Singapore‘s first female president after a “walkover” election that saw no vote after no other contenders ran for the position.

Halimah Yacob, a former speaker of parliament from the Muslim Malay minority, did not have to face an election for the largely ceremonial post originally due this month after authorities decided her rivals did not meet strict eligibility criteria.

Yacob, 63, is expected to be sworn into office on Thursday.

Yacob is Singapore’s first ethnic Malay president in 47 years since the late Yusof Ishak, who governed in the mid-1960s.

Authorities had decided to allow only candidates from the Malay community to put themselves forward for the presidency, a bid to foster harmony in the city-state of 5.5 million people which is dominated by ethnic Chinese.

The other two contenders, Salleh Marican and Farid Khan, were both denied eligibility, having fallen short of a constitutional rule that required any candidate from the private sector to have led a company with shareholder equity of at least 500 million Singapore dollars ($372m).

Following the announcement, Yacob thanked her supporters in a speech, calling it “a proud moment for Singapore, for multiculturalism and multi-racialism.”

It was not the first time in the affluent city-state – which is tightly controlled and has been ruled by the same political party for decades – that the government has disqualified candidates for the presidency, making an election unnecessary.

While some have applauded the historic moment, the election has also drawn public criticism due to what was seen as a lack of democratic process.

Yacob, who wears a headscarf, addressed these concerns, saying: “I am a president for everyone, regardless of race, language, religion or creed.

“Although there’s no election, my commitment to serve you remains the same.”

The president is vested with the responsibility of overseeing the country’s national asset reserves, but does not hold any of the executive powers of the prime minister or members of the cabinet. 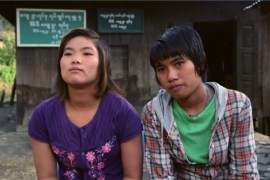 About 240,000 foreign maids work in Singaporean homes, but those from Myanmar are among the most vulnerable.