In 2014, more than 750 million adults lacked basic reading and writing skills, according to the latest available data from the United Nations Educational, Scientific and Cultural Organization (UNESCO).

At the same time, around 260 million primary and secondary school-aged children did not have access to education.

The figures show that 49 percent of the world’s illiterate population lives in southern Asia, while 27 percent is in sub-Saharan Africa.

Lack of access to education, poor quality of schooling and leaving school at an early age are some of the factors affecting literacy.

As the world becomes increasingly digital, being to able to access technologies such as the internet and mobile phones comes with a set of new possibilities and challenges when it comes to literacy.

According to UNESCO, “literacy is now understood as a means of identification, understanding, interpretation, creation, and communication in an increasingly digital, text-mediated, information-rich and fast-changing world”.

Digital technologies, according to UNESCO, have altered how people learn, live, work and interact. But unequal access to technologies also means that “the broader development benefits associated with the rapid technological advancement are unevenly distributed across and within countries”.

Figures from the UN’s International Telecommunications Union suggest that, in 2016, 53 percent of the world’s population was not using the internet. According to UNESCO, nearly two billion people did not use mobile phones, and almost a half-billion lived outside areas with mobile connectivity.

September 8 is UNESCO’s annual International Literacy Day, which this year focuses on “Literacy in a digital world” and what it means “to be literate in increasingly digitally-mediated societies”.

In the following graphics, Al Jazeera looks at global illiteracy rates and where the digitally disconnected populations of the world live. 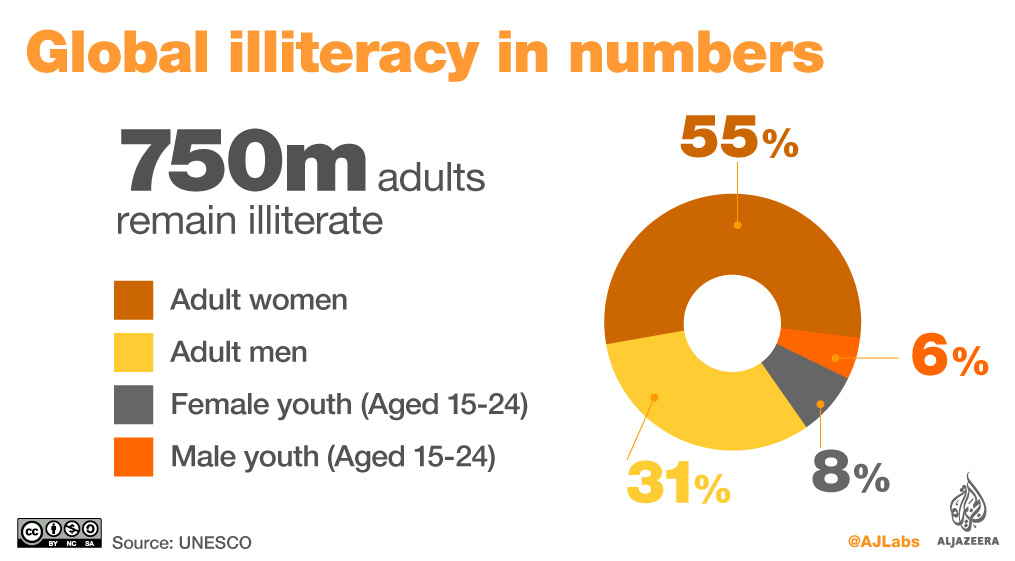 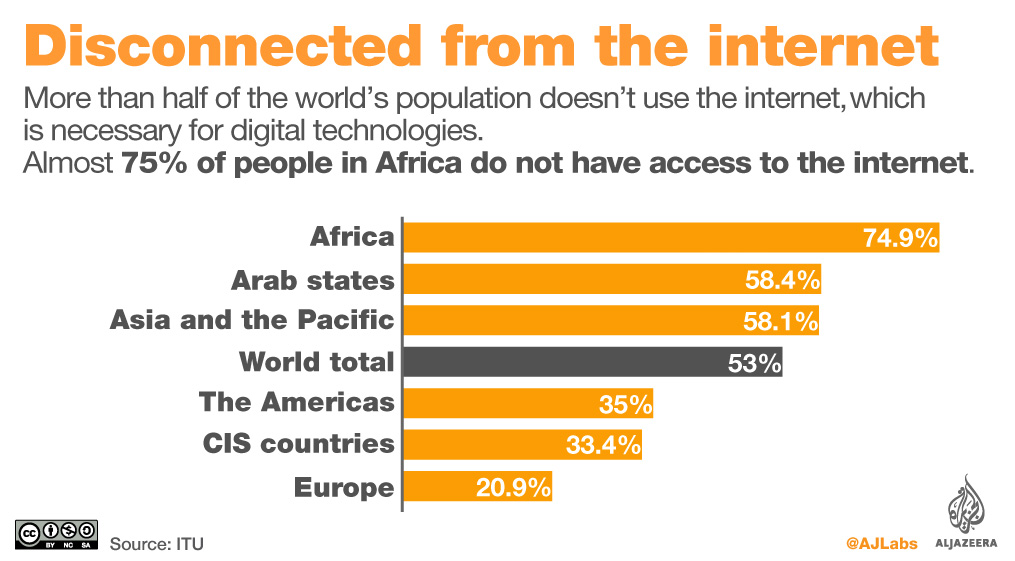