The number of people displaced by conflict in the Democratic Republic of Congo has nearly doubled in the past six months to 3.8 million, according to a UN official.

George Okoth-Obbo, the number two official at the UN’s refugee agency (UNHCR), said food and clothing was needed for the 1.4 million in the volatile Kasai region who have fled their homes in violence that has killed more than 3,000 people.

“Immediate protection” was required, he told AFP news agency on the last day of a three-day visit to the country, in particular for children “who are sleeping in conditions that are difficult to imagine”.

Egregious violence across the Kasai provinces in #DRCongo displaced thousands. #Unhcr mounting its response along with sister UN agencies. pic.twitter.com/w9BCH6Ch3L

In the southeastern province of Tanganyika, clashes between rival groups have also forced thousands to flee, as has the long-running violence in the Kivu region, according to the Norwegian Refugee Council, an NGO.

In Kasai, violence erupted last September after the death of a tribal chieftain, known as the Kamwina Nsapu, who rebelled against the authority of President Joseph Kabila‘s government in Kinshasa and its local representatives.

The killing sparked violence that has escalated, including alleged violations of human rights such as extrajudicial killings, rapes, torture and the use of child soldiers.

In August, the UN released a report, saying more than 250 people, including 62 children, were killed in Congo from mid-March to mid-June.

The report was based on interviews from 96 refugees who had fled the country’s Kasai provinces into neighbouring Angola.

According to the UN’s Okoth-Obbo, about 33,000 Congolese have fled the region for Angola, and “the conditions today in Kasai are such that we cannot encourage or promote the return of refugees”.

Okoth-Obbo added that the country is also having to cope with the arrival of about 500,000 refugees fleeing fighting in Burundi, Rwanda, South Sudan and the Central African Republic – where about 60,000 people have fled to Congo this year. 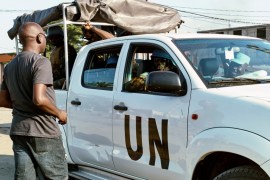 Inquiry also states that others in the Congo may also have been involved in the murder of two UN investigators in March.